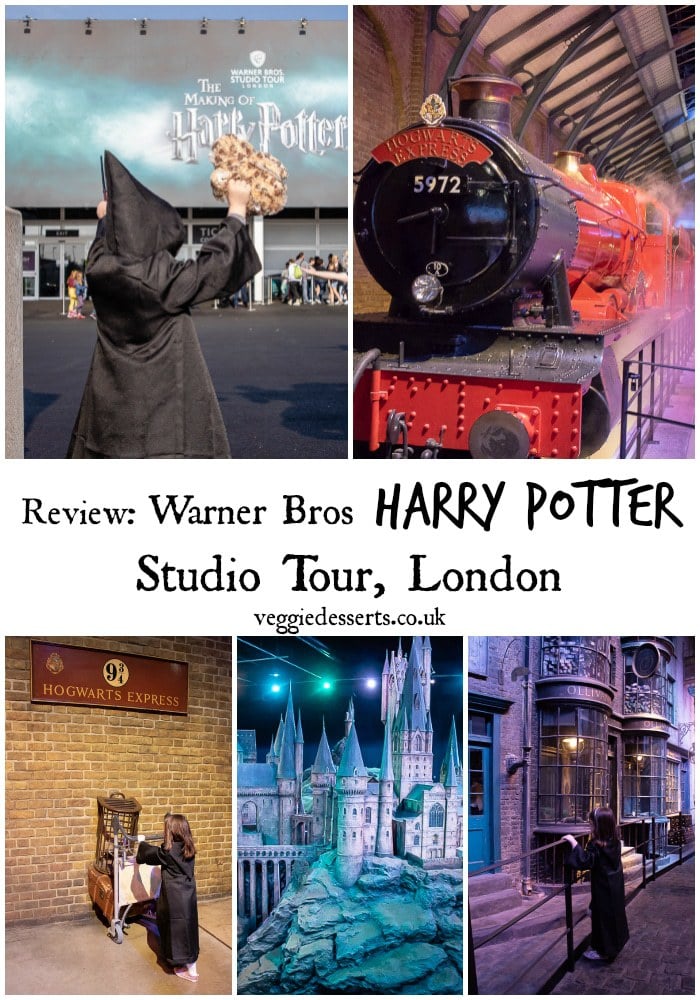 Harry Potter studio tour review, London: Wizards, witches, muggles and squibs - find out how we got on at the Warner Bros Studio Tour. 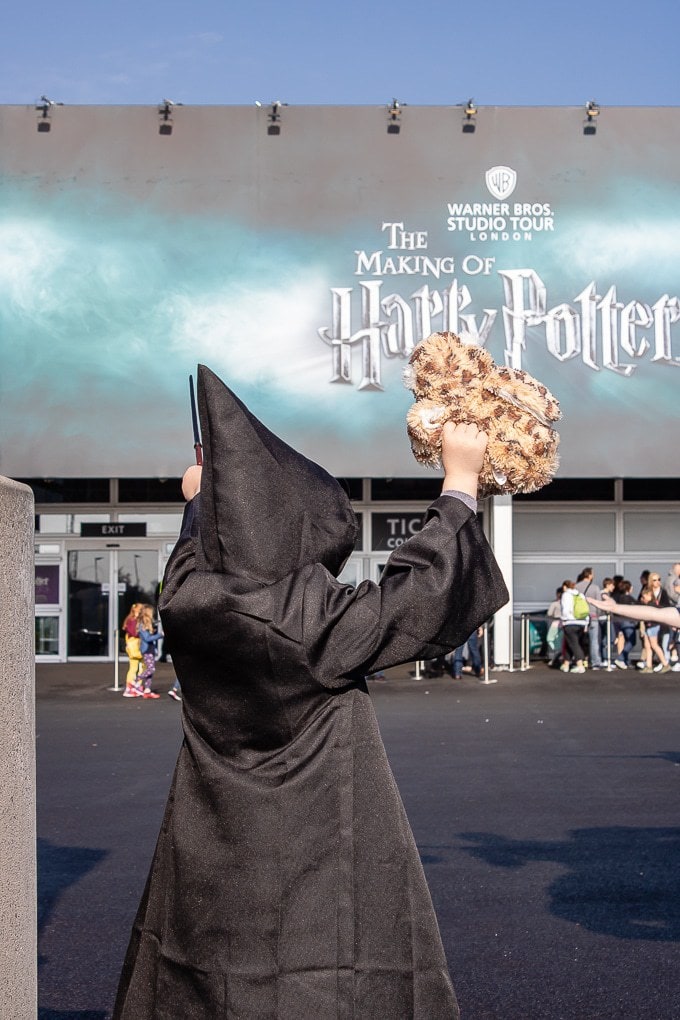 What is the Harry Potter Studio Tour, London?

Explore Warner Bros' enormous soundstages, warehouse and backlot, where all eight Harry Potter films were made, with close up look at authentic sets, costumes and props.

Look into the Gryffindor common room, stroll down Diagon Alley, drink butterbeer, board the Hogwarts Express on Platform 9¾ and walk through Ollivander's Wand Shop. Marvel at how SFX teams made Hagrid look so big, animate Dobby, check out the potions classroom, ride a broomstick and so much more.

Don't expect a theme park, rather this is a permanent exhibition - an engaging and magical look behind the scenes. Suitable for muggles of all ages, from 5 to 105, it's a must-see for Harry Potter fans. 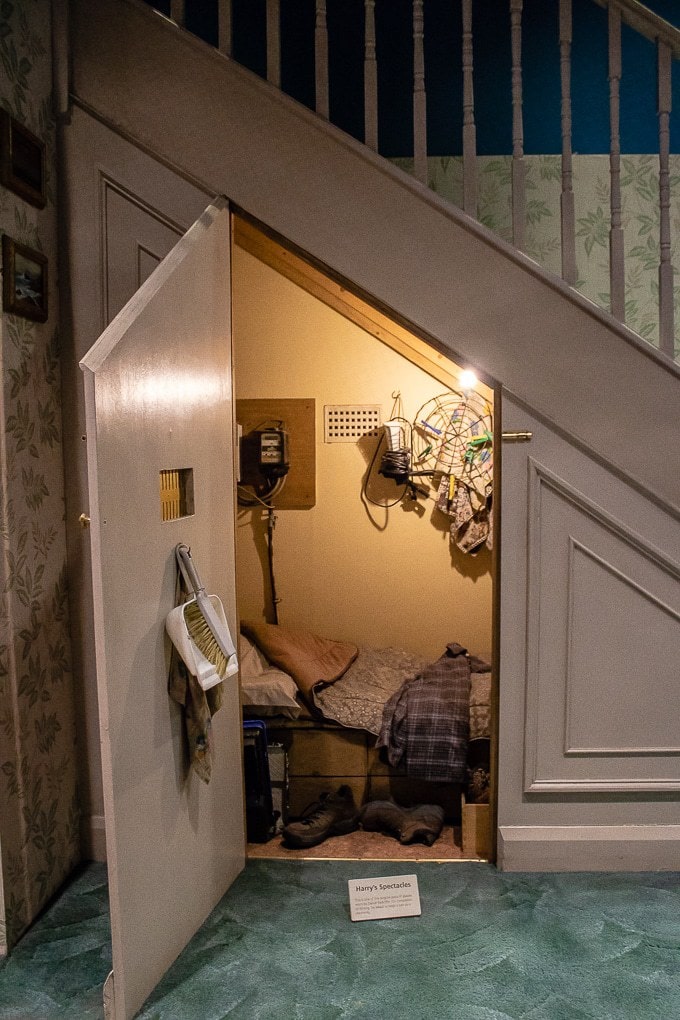 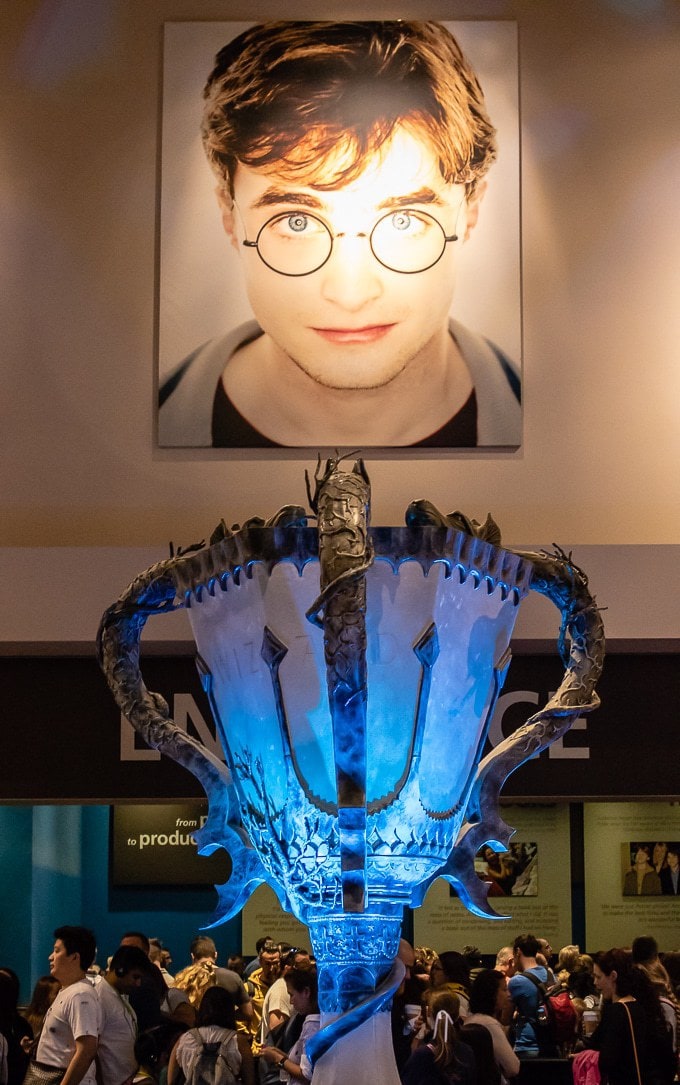 My daughter, 6, is a huge Harry Potter fan. At Christmastime she watched the first film and has been completely enchanted ever since. We've since devoured the first three films and books (she was a bit scared of the 4th so we'll leave that for a while). She talks about it all the time and loves rereading the books. She wears her Gryffindor robe and practises her charms. Thoroughly under Harry Potter's spell, we jumped at the chance to visit the studio tour at Warner Bros.

To say she was excited for our trip was an understatement. Her brother, 7, enjoys the books as well so the family set off early from Somerset, ready for our day at Hogwarts.

The lobby is large with lots to see, including a massive Goblet of Fire, the enchanted flying car and huge pictures of the characters from the film. There's a large merchandise shop, cafe, seating and Starbucks. Traffic was great, so we arrived very early. Staff were all pleasant and timed entry meant it was busy but not heaving. We were early and they told us to go through whenever we were ready, rather than sticking to the time on our tickets.

We got the audio guides, which were an additional £12.95 for four. I wasn't sure if they would be worth it for the kids (aged 6&7), but they loved learning more about each part of the set. The audio guides provided a lot of background info about the production of the films. And, being modern-day kids they didn't really need any instruction on using the touch screen guides.

I was also worried that we would end up all listening and not engage with each other on the tour, but the spiels were short so we often had our headphones off all chatting and being in the moment together. There wasn't a queue for the audioguides when we were there. I'm glad we got them as we learned so much. Even if you don't get them, there are guides around the tour to tell you lots of interesting information and stories. 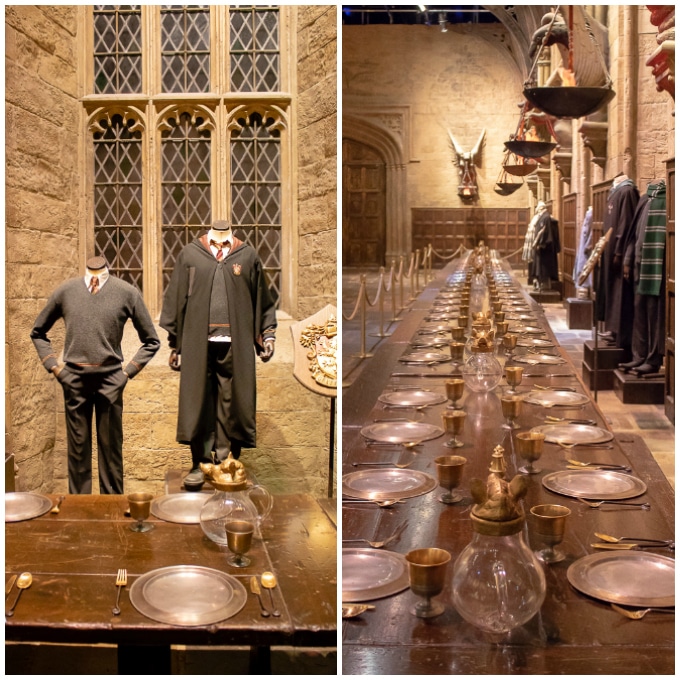 It's pretty mind-blowing to suddenly stand in the Great Hall at Hogwarts. Costumes from the various houses are around the room and Dumbledore and the other teachers reside over the proceedings.

How to save money at the Warner Bros Harry Potter Studio Tour, London

Like any specialist attraction, the entry price isn't the only thing you'll be spending money on. If you're on a budget, here are some ways to keep the price down. 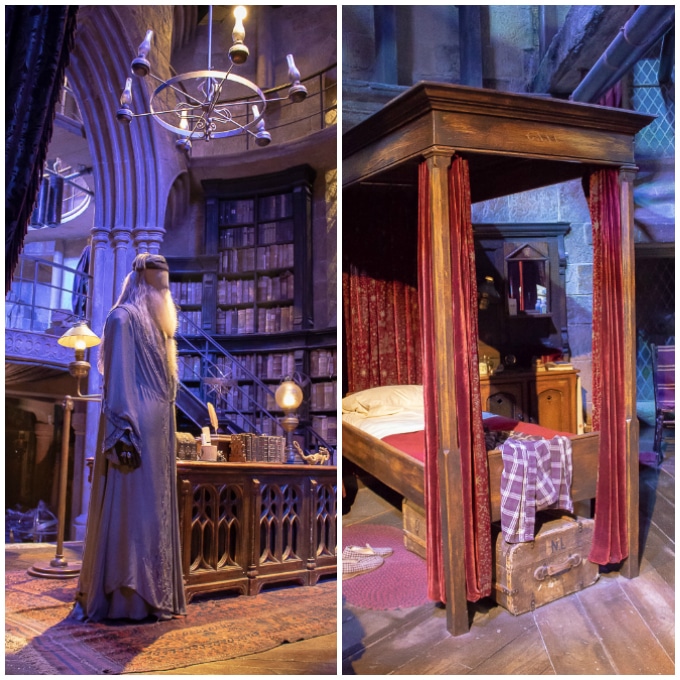 Seeing all the sets, costumes and props really brought the films to life. As soon as we got home, we all cuddled up on the sofa and watched Harry Potter and the Philosopher's Stone, marvelling at what we had just seen.

It was such a magical and unforgettable experience. 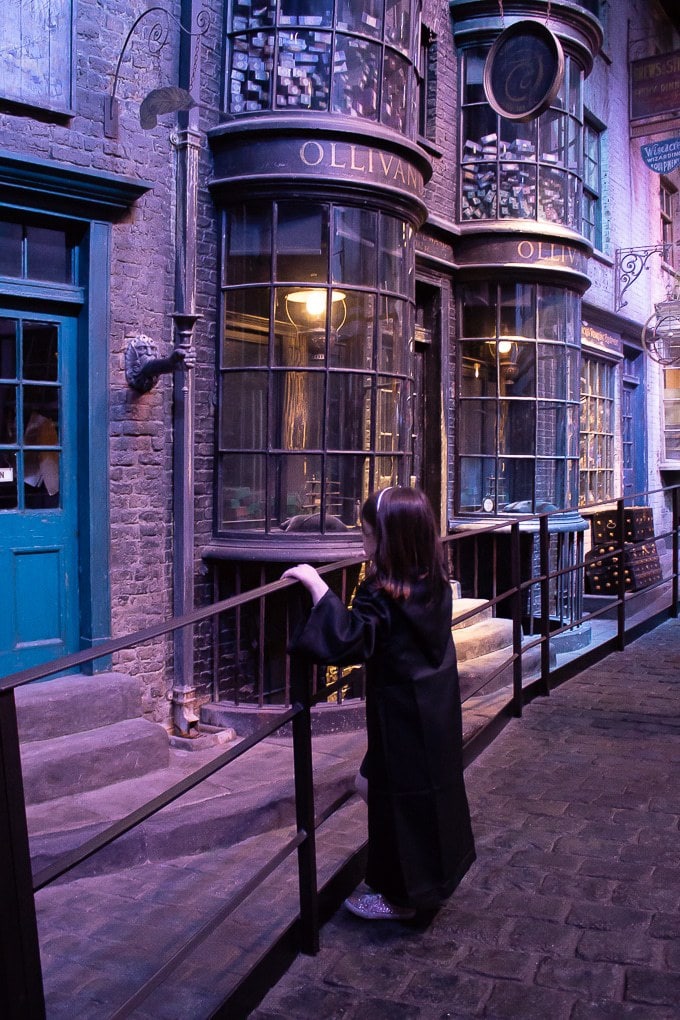 I took a lot of photos while we were there, but I'm only going to share a few with you. If you go, you should be surprised.

There are so many exciting things to see and wonder at, so I don't want you to have too many sneak peeks! That said, there is a LOT to see. 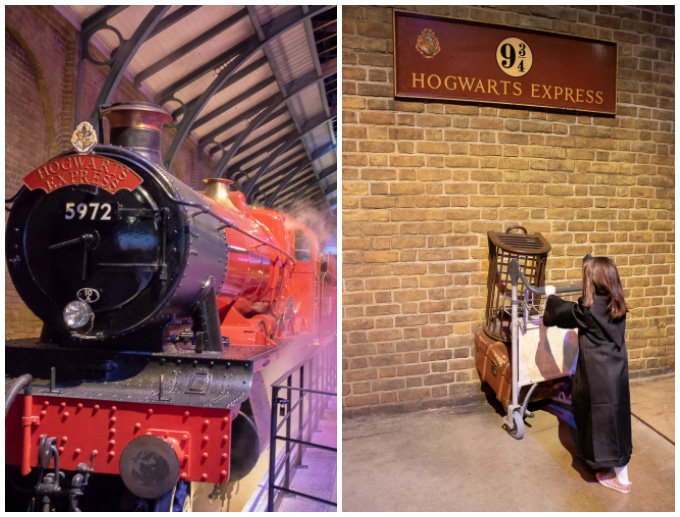 We all had an absolute blast at the Warner Bros Harry Potter studios. From the moment we entered, surrounded by children and adults dressed in their finest Hogwarts attire, the atmosphere was palpable. There are so many wonderful touches, designed to enchant both adults and children.

The films and books were all brought to life around us, through authentic sets, costumes and props. We also learned so much about what goes on behind the scenes, special effects and making props and masks. This tour is a must-see for Harry Potter fans young and old.

We were guests of the Warner Bros Harry Potter Studio Tour. All opinions are my own. For another UK attraction, check out my review of the SS Great Britain, Bristol