Here's a selection of healthy snacks for kids, including watermelon lollies, apple cars and the latest delicious no-junk goodies from Organix. 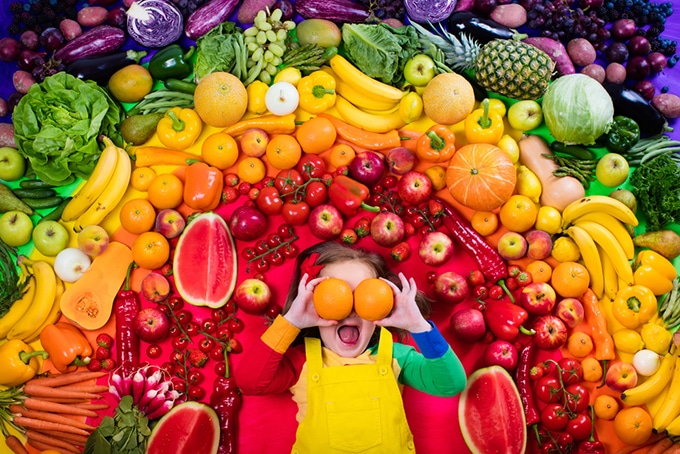 I've been working with Organix on a series of posts this year as part of their #NoJunkJourney campaign, to highlight the importance of healthy eating for children.

This month is all about healthy snacks. Sure it's easy to reach for unhealthy foods for ourselves, but it's even more important to have nourishing snacks on hand for our growing little ones. When we head out for the day to a park, forest, beach or even just to town for a wander, I always fill up their water bottles and put a few snacks in my bag. Mostly just to save incessant requests for unhealthy treats!

I've been working with Organix because it's my go-to brand for kids snacks. Even though my kids are 4 and 6, I prefer their no junk handy bags of 'treats' that my children don't realise are actually rather healthy. They've grown up on the range and refer to them as 'car snacks' since we always pack them for journeys. They're as happy with an Organix juice-sweetened sugar-free gingerbread man as they are with a refined sugar-filled biscuit. So it's obvious which one I'd rather feed them!

I like to make healthy snacks for my children when we're at home, particularly ones that they can help me make! We often have 'baby canapes' which are slices of banana spread with peanut butter. My kids also adore all of these other quick, healthy snacks.

I slice up the apples and the kids cut up the banana with a blunt knife and 'glue' them on with peanut butter - voila - Apple Cars!. They eat them with lots of revving noises.

I grew up on  'ants on a log' and now I make them often for my own kids. Simply spread celery sticks with peanut butter and top with raisins. If your kids don't like celery, substitute apples and slowly introduce small ones made with celery so they get used to the strong taste.

These healthy snack foods for kids are all easy to make, but sometimes you need something even easier. That's where Organix comes to the rescue. Since my kids were tiny, they've been my go-to car and picnic snacks. I like that I can trust that they aren't full of nasties and my kids will eat every crumb. They've just launched some new goodies, so I put them to the kid test. Here's how we got on.

We tried out the range over the weekend, with the kids pretty much attacking the box of samples like rabid dogs. They know that logo so they were delighted to see new treats to try! I let them try a few and then we took the rest with us when we went out for the day to a local nature park.

The first the kids tried were the Mini Oaty Bites in raspberry and apple, and apple and orange. They're individually wrapped, so the kids really thought they were sweeties. They tucked in and through mouthfuls gave me two enthusiastic thumbs up. I like that they're filling for kids, and have no junk. They're just organic wholegrain oats, raisins, apple juice and either orange oil or raspberry juice for flavouring. These oaty bites are ideal for keeping in the car or my handbag when the kids are getting peckish. The packaging is colourful and party-like. 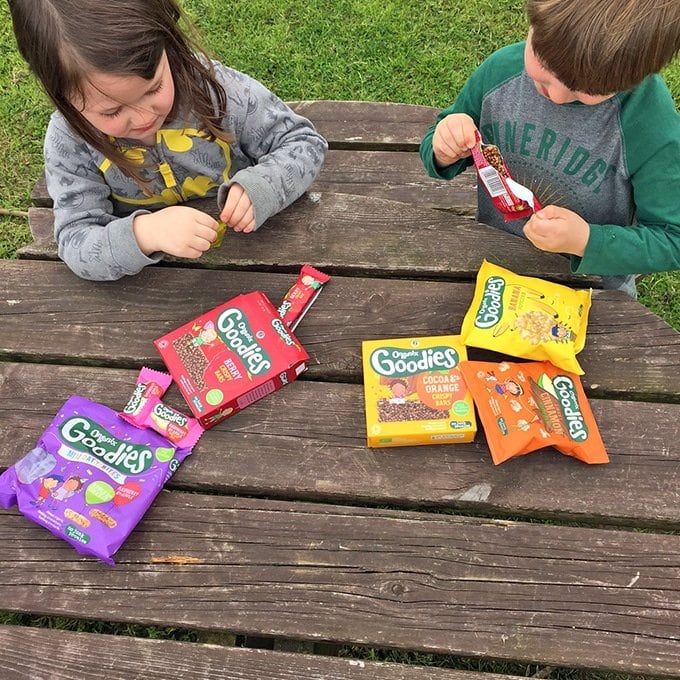 Next up they tried Mini Cheese and Chive Breadsticks. These savoury skinny breadsticks were devoured quickly with my children calling them 'yummy' and 'super mega yummy'. They're savoury, not messy to eat and come in snack bags that are perfect for kiddie adventures, car journeys and picnics. Plus, according to my kids, they allow you to make great walrus faces.

Organix has a great new addition: puffcorn! The multipack bags of popcorn flavoured with either banana or cinnamon were received with absolute glee by my kids. They're a sweet treat without being at all sugary - win win for both me and the kids. We put on a film (Pixar's Inside Out!) and had a cinema party together to escape the pouring summer rain outside. As soon as I pulled out their Organix puffcorn to try they were thrilled. Neither could decide which flavour they liked the best, so they shared the packets in bowls and ate the popcorn one by one: cinnamon/banana/cinnamon/banana. They don't have any hard unpopped kernels that can hurt little teeth, and they're made of baked rice and corn so they're soft and flavourful. A definite hit.

Disclosure: This post was commissioned as part of a series of articles for Organix. All opinions are my own. Thanks for supporting the brands that make it possible for me to mess up my kitchen and write Veggie Desserts - Healthy Food and Lifestyle. Non-Organix images courtesy of Shutterstock.