This fragrant and tasty Eggplant Mujaddara is a simple Middle Eastern dish of lentils and rice, topped with eggplant (aubergine) and dill. Ready in just 40 minutes, it's vegetarian/vegan/gluten-free. 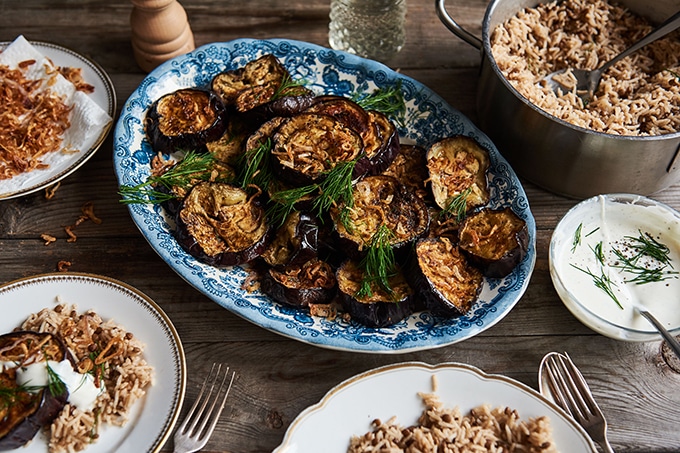 We can all get stuck in food ruts sometimes, reaching for the same old faithful meals particularly when we've had a long day or are pressed for time. One great solution is recipe boxes. They've absolutely surged in popularity over the past year, so I'm sure you're aware of how they work: you choose the meals you want online and a week later a box of portioned ingredients and recipes to follow arrives on your doorstep, waiting to be cooked.  No shopping, no wondering what to cook. And a part that I particularly like: no food waste.

Scroll down for recipe!

Marley Spoon have done this so well. They sent me three meals to try and they were all healthy and made with fresh ingredients. They were also easy to veganise by just substituting yogurt or cheese for vegan versions that I had in the fridge.

One thing that I really liked was that Marley Spoon have step-by-step pictures in the recipe, making it so easy to cook. The box comes insulated with upcycled sheep’s wool, and inside are separate recyclable paper bags for each meal that contain all you need for each one.

In addition to this amazing, fragrant Spiced Aubergine Mujaddara from Olia Hercules for Marley Spoon, we tried flatbread pizzas and cherry tomato spaghetti. Both meals were really quick to prepare and the portions were so big that there was plenty for us to have leftovers for lunch the next day. The flavours were so good and the recipes weren't complicated. I will definitely be ordering these boxes again in the very near future. 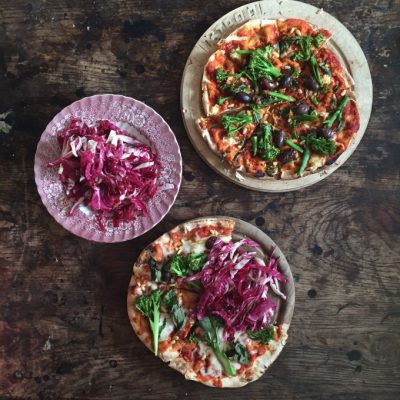 A delicious and quick meal of broccoli, Kalamata olive and pine nut pizzas on fluffy clouds of Lebanese flatbreads, with radicchio salad. So delicious! 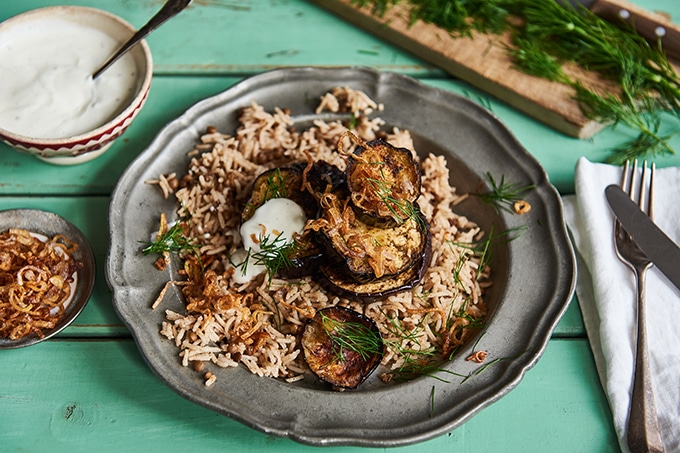 The humble Middle Eastern dish of lentils and rice has made a comeback as a simple but flavourful meal that can be jazzed up with delicious trimmings. Olia’s version of the pilaf is combined with spiced, roasted aubergine rounds and topped with natural yoghurt, fresh dill and golden, crispy shallots. 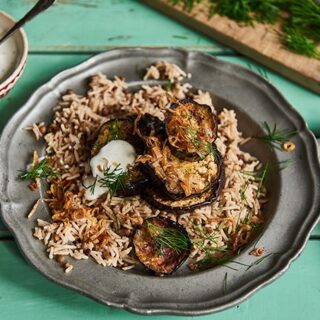 Recipe inspired by Olia Hercules for Marley Spoon. Prepare in advance: You can cook all elements ahead of time (don't add the dill until before serving). Be sure to cool the rice safely and store in the fridge. Then reheat the lentils and rice thoroughly. You can pan fry the shallots and eggplants to warm them and keep them crispy. Then when ready, top with dill and yogurt. Make it vegan: just use dairy-free yogurt.
Make it gluten-free: this recipe is naturally gluten-free.