Check out these unusual ways to eat cucumber - from cocktails to cake! 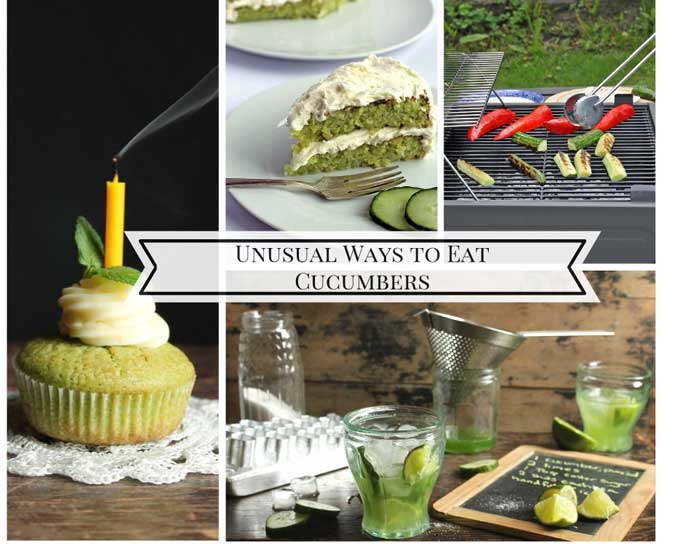 I love cucumber. I love most vegetables, but cucumbers have a special place in my heart. When I was growing up we had a large vegetable patch in the back garden and huge great cucumbers would grow every year.

My mum would preserve some into gherkins/pickles, we would have them on salads and just pick them and eat them. So different to today's skinny uniform cello-wrapped ones from the supermarket, they were fat with dark green skins and had nobbly bumps.

I miss those cucumbers, grown with such love by my mum.

My kids will never say no to cucumber, but they like to eat large chunks, nibbling off the dark peel first, like beavers, and then eating the juicy middle. It's rather odd to watch, but hey, they're eating cucumber and loving it.

Cucumbers often just end up in salads. Some hipsters might spiralise them, some clean eaters might put slices in their water, but I like to eat them in desserts and cocktails.

Forget about the salads, let's get creative. Let's turn cucumbers into showstoppers. They aren't bland, they're delicious.

Take to the stage, cucumbers, it's your turn to shine. 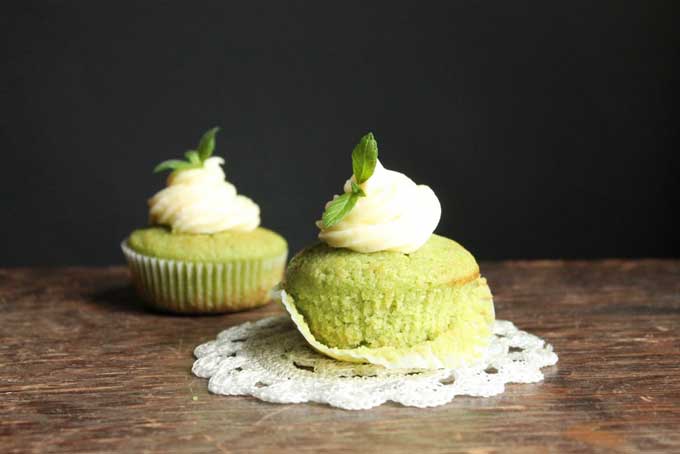 These Cucumber and Mint Cupcakes with Rose Water Buttercream are delicately minty - like a summer cocktail. The flavour of the cucumber fades away and leaves a gentle freshness in the soft sponge.

I've topped them with a faintly-scented rose frosting to pull together the flavours of spring and early summer. These cupcakes are perfect for a summer picnic, and best with lashings of gin and tonic on a warm evening. 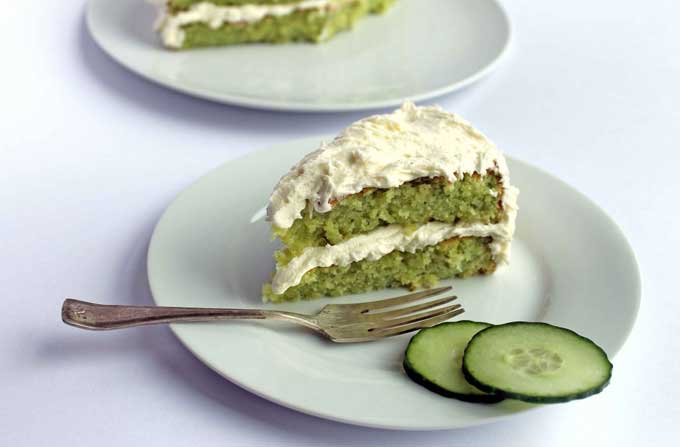 Another cucumber cake! This Cucumber and Lemon Cake with Elderflower Icing takes the best of late spring and turns it into a decadent treat.

The vibrant lemon goes well with the subtle flavour of the cucumber and they're sweetened up with a delicately perfumed elderflower icing.

The naturally green colour of this cake will wow everyone. 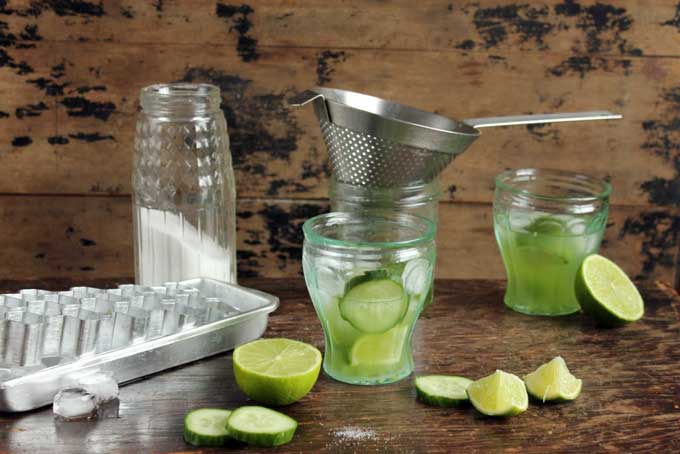 Cucumber can do more than just flavour detox waters - it can turn your salad into a cocktail!

Fresh cucumber juice adds a lovely crisp flavour, mixed with tart lime juice and sweetened with sugar in my take on the traditional Brazilian cocktail.

Serve this at a barbecue and let your friends get drunk on salad.

What unusual ways to eat cucumbers do you know?