Check out my review of the Ancestry DNA kit. 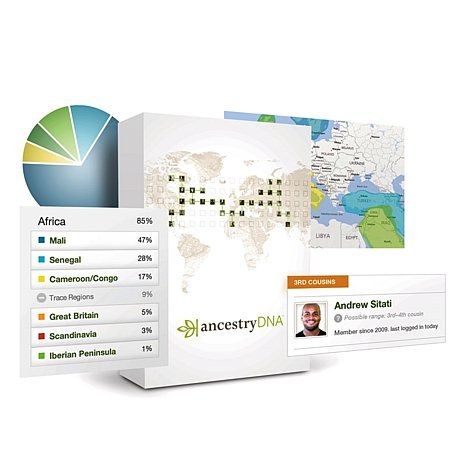 I was very excited when I was offered Ancestry DNA kits for my husband and I to try. They're able to trace back your ancestry over thousands of years. We were both surprised by the results and that our families weren't quite as diverse as we had thought they might be! Especially mine.

How the Ancestry DNA Kit Works 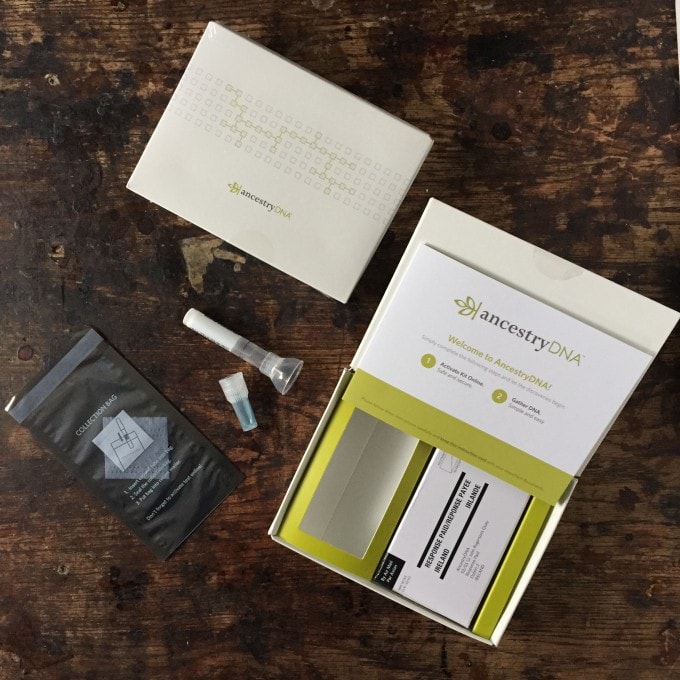 It's really easy to use the Ancestry DNA kit. They post you out the box, which has clear instructions. You just active the kit online, spit into the tube, shake it up and send it in the prepaid box. Then sit back and wait. It took about eight weeks for us to get our results. They emailed us a link so we could view the results online.

What does it do?

Ancestry DNA  provides a personal ethnicity estimate from up to thousands of years ago from 26 separate regions across the globe (including Great Britain, Ireland, Scandinavia, Middle East, Asia Central, East and South and nine African regions).

You can also uncover new family connections as the test matches users with a database of more than 3 million people worldwide who have taken the test.

Scroll down for the chance to win an Ancestry DNA kit! 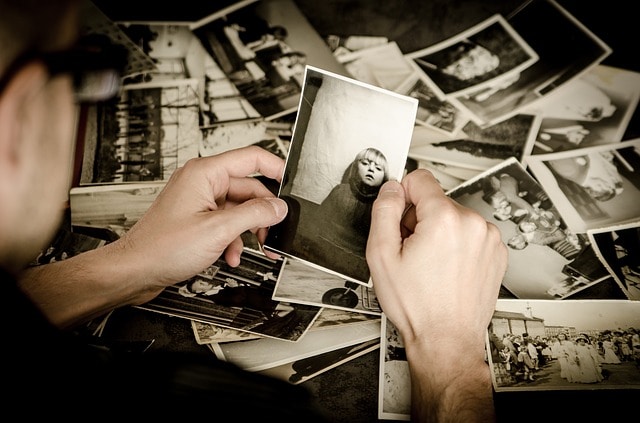 My results - I had no idea that I was quite so Irish!

My results show that a HUGE amount of my ancestors are from the West of Ireland - Connacht. I'm presuming that's mostly my dad's side of the family and my mum's side were more from Great Britain (she's from Belfast) and western Europe. I was shocked to discover on my test that my ancestors weren't big travellers! I was born in Calgary, Canada to an Irish father and Northern Irish mother.

If I'm honest, I don't know a lot about my dad's family history. His family are from Donegal, Galway and Roscommon and I discovered through this DNA test that his family must have stayed in the West of Ireland for thousands of years. He grew up speaking Gaelic as well as English and, unlike his ancestors, loved to travel.

My dad told me once that he ran away with the circus to Dublin (not sure if I believe that!), but he did run away to London in his late teens. In his 20s he worked in high-end hotels and travelled the world. He fondly talks about his time at the Dorchester in London and other  hotels across Europe, driving Robert Mitchum around with a sabre in the car, speaking to Sophie Loren and meeting Audrey Hepburn. My dad now lives in B.C. Canada.

I've learned the most about my mum's side of the family through semi autobiographical manuscripts that her father wrote before he passed away when she was a child. His name was Albert George Thackway and his parents met in service at Buckingham Palace. His father (my great-grandfather) was, by all accounts, a bit of a cad. He was Welsh with an eye for fine clothes and the ladies.  He worked as personal tailor to King George V, both in England and travelling with him to India. At Buckingham Palace he fell in love with my great grandmother, Flora Oake of Russell Square, London and originally from Exeter. She left the service and they went on to have 7 children.

Unfortunately, my great grandfather did her a wrong'un. He moved the family to Belfast, where he set up a tailoring shop. After a time, he closed the shop. He planned to move the family to Australia (where his brother lived) and he went out there to set up a new life, planning to send for the family. Flora didn't want to go. He never returned to his family, nor did he send money. Too proud to ask for help due to the shame that she wasn't legally married, she quickly spiralled into destitution. She ended up burning the piano for warmth and struggling to feed the children. She was found by the police huddled with her children in a large wooden packing crate on a street and sent to the Belfast Workhouse. There, she was forced to work and separated from her children. Her children didn't let that inauspicious start stop them succeeding, many of them becoming career soldiers. The youngest, Albert George (my grandfather), went on to work as a crane driver for Harland and Wolf where the Titanic was built. He married Margaret Weir and had three girls.

My husband's results showed that they travelled rather more than my family. His mum's side of the family (family name: Elliott) are from Devon and Cornwall, while his father's side (family name: Hackworthy) were from Scotland and Northern Ireland. That said, there is a graveyard in Brixham, Devon filled with headstones of engraved with Hackworthys. Somewhere in there is also some ancestry from Polynesia (Tonga/Samoa), Finland and the Iberian Peninsula.

Marc's grandfather, Frederick Ronald Hackworthy, spent years, (before the ease of sites like Ancestry), manually compiling the Hackworthy family tree. He was passionate about the research and found family as far as Australia and USA. He arranged a massive family reunion and invited every relation he could find. It took years to arrange and people were coming from all across the world to Plymouth, Devon to meet their relations. Days before the big reunion was Sept 11, resulting in many of the US relations being unable fly to the UK, although everyone that could did. By all accounts it was an amazing reunion. If there are any Hackworthy's reading this, do get in touch.

Disclosure: Ancestry DNA provided me with two DNA kits to review, plus one of the giveaway. All opinions are my own. Thanks for supporting the brands that make it possible for me to write Veggie Desserts: Healthy Food, Lifestyle and Travel.