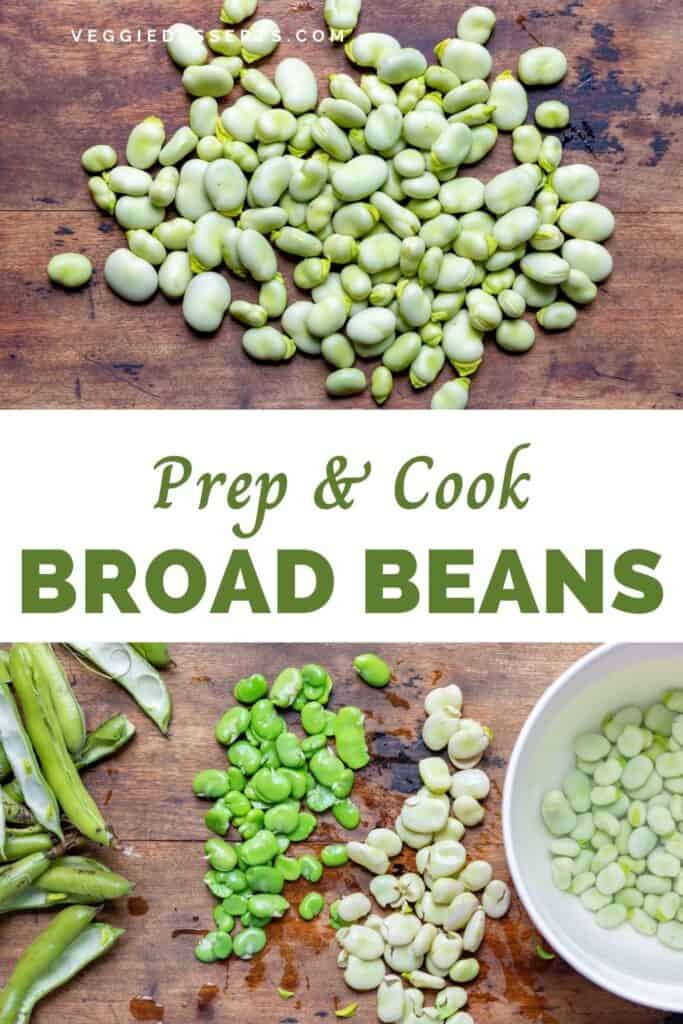 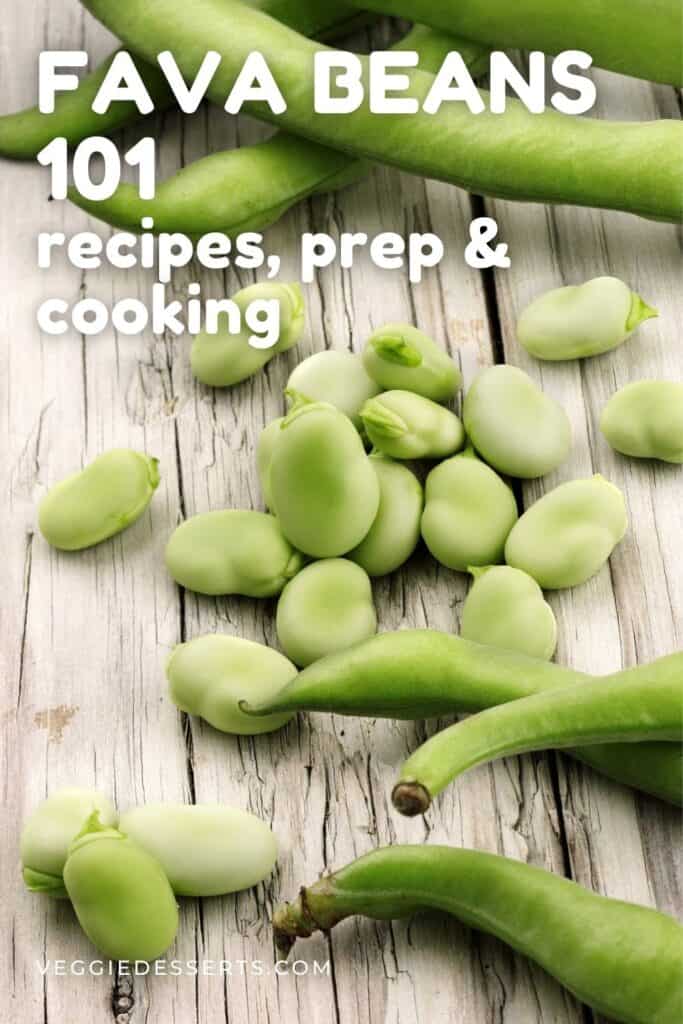 Check out this Broad Beans 101! Also known as Fava Beans, they are a type of large edible bean. Read on to learn how to prep and cook fresh or dried ones, plus recipes and more.

Broad beans are a popular legume in many cultures. They are rich in protein, fiber, iron, and folate. Plus, they taste incredible!

In this post, you will learn how to prepare fresh or dried broad beans (including peeling), cook them successfully and find some great recipes that use these versatile legumes.

While young broad beans can be eaten whole in their pods, you'll usually need to remove them from their tougher, larger pods.

For best results, you need to double-pod the broad beans. That simply means removing the beans from the pod, then you need to slip the beans out of their thick skin.

The easiest way is to blanch them first. That just means boiling them for a few minutes! Then they'll pop right out of their skins.

Don't be put off, it's not a difficult task and the results are delicious.

I find it to be quite relaxing, actually. Listening to something interesting and methodically popping the beans from their shells can be very mindful!

Sure, it's a bit of a hassle, but once you've enjoyed double-podded bright green broad beans, you'll never go back to grey, tough ones with the skins still on!

Scroll down for detailed instructions and photos for how to pod broad beans.

What are broad beans?

Broad beans (Vicia faba), also known as fava beans or faba beans, are a legume in the pea and bean family, Fabaceae. The large beans grow inside large pods that are discarded after shelling unless picked very young.

The leathery green long pods have a soft, downy, white interior, where the beans are nestled. They're covered in a pale green/grey/white skin and inside that, the beans are bright green and smooth.

They're popular in Asian, Middle Eastern, European, South American, and African cuisines. In fact, they've been a staple crop since Ancient Egypt and the Roman Empire!

Note: Those with favism / G6PD, a hereditary enzymatic deficiency, must avoid broad beans, as they can cause potentially severe anemia. Also, fava beans contain tyramine, so those taking anti-depressants MAO inhibitors should also avoid them.

For everyone else, you get to enjoy their fresh, summery taste!

How are broad beans eaten?

Fresh broad beans can be eaten raw or cooked. They're found fresh (in their pods or podded), frozen (usually podded), canned, or dried.

When they're young (up to about 6cm), broad beans are cooked and eaten still in the small soft pod. Much larger and the pod becomes tough.

Older, longer broad beans have a tougher husk/pod and pale green shell around the beans, but the beans can be peeled and eaten whole or mashed. Scroll down for tips on how to pod fava beans.

Mash your prepared broad beans and make a delicious spread for bread (try my Broad Bean Bruschetta), or use it as a vegetable dip.

Keep the podded fava beans whole and they're great in risotto, pasta, or as a side dish.

But my favorite way to eat them is removed from their outer pod, blanched for a few minutes, cooled, and slipped out of their tough skin (see below for details). Then the bright green bean is delicious as it is, maybe with a tiny bit of salt. Summery bliss.

Some of the most famous fava / broad bean dishes are Ful Medames (an Egyptian stew), Falafel (the Middle Eastern Classic), Maltese Kuksku soup, and in Finland, they're a popular meat substitute called Härkis.

How to prep fresh broad beans

So, you're probably wondering exactly how you should prepare fresh broad beans. The good news is that it's really easy!

The bad news is that it can be a little time-consuming when you get to the stage of slipping the beans from their shells. Let me recommend you put on a good radio show or podcast and enlist some help to make it go faster.

SHELL: First, you'll need to get the fava beans (broad beans) out of the pod. They come out easily, just open them up with your hands.

BEANS: You'll be left with a pile of beans in their pale green skins. The skins can be a little tough, so although they're edible, for best results, you'll want to remove them. Peeling them as they are isn't easy. But you can make it MUCH easier by simply blanching them first.

BLANCH: Blanching is simple. Just add the beans to a pot of boiling water and boil for 3 minutes.

TIP: Meanwhile, prepare an ice bath by making a bowl of cold iced water, then set aside. You'll want to have it ready since its job is to cool the beans quickly. That's because blanching isn't to cook them, it's just to soften the skins. If you don't cool the beans quickly in the ice bath, they'll cook!

ICE BATH: Grab the ice bath you prepared earlier and put the beans into it.

PEEL: Then you just need to squeeze the bright green beans out of the shells. Discard the shells and pods and keep the inner beans to use.

Your broad beans are ready to use. Scroll down for recipe ideas!

How to prep and cook large dried fava beans

To prep, peel and cook the large, brown, or pale brown dried beans, you'll need 5 cups of water and ½ a pound (225grams) of the dried fava beans. Scale it up or down with this ratio.

There are many ways to make the most of these seasonal vegetable legumes. Try these ideas for a little inspiration.

Broad beans are sown from Autumn to early spring and are harvested in late summer, though some varieties can be harvested as early as May.

Because their season is so short, usually the only way to get ones small enough to eat the pod (up to 6cm) is to grow your own.

Luckily, they're a very easy crop to grow!

Find out how to grow broad beans.

If you've enjoyed learning all about broad beans, then check out these other simple basic vegetable recipes that make the most of seasonal produce. 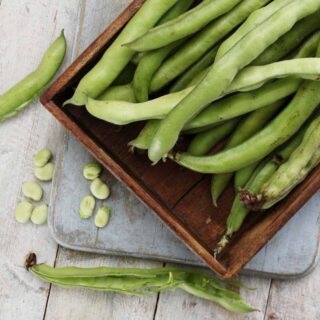 For the fresh fava beans

For the dried broad beans