These Coconut Oil Brownies with Maple Roasted Sweet Potato are a decadent, but healthier, way to get that chocolate hit! They're a decadent and delicious vegetable dessert. 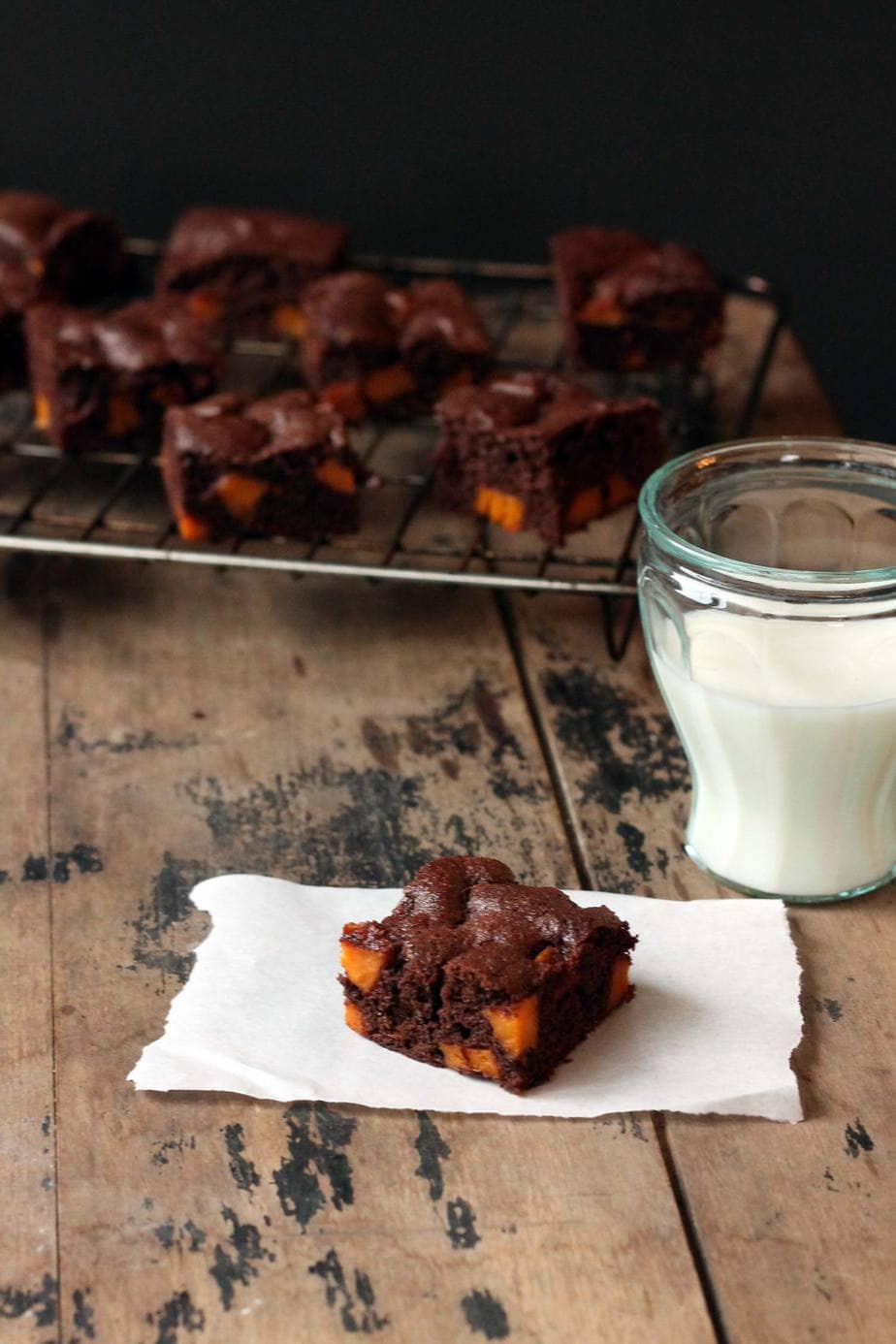 Sweet potatoes go so well with cinnamon that I thought I'd roast them in spice and sweet, gloopy maple syrup. They turned out magical. I could have eaten them as a treat on their own, but I haven't baked cake in ages so... coconut oil chocolate brownies with maple-roasted sweet potato chunks. You can't taste the potato, but the cinnamon flavour comes through and the coconut oil instead of butter gives these brownies a lovely cakey texture with that classic brownie-esque crispy top.

So sit with me a moment. Let's relax together. Let's eat brownies. 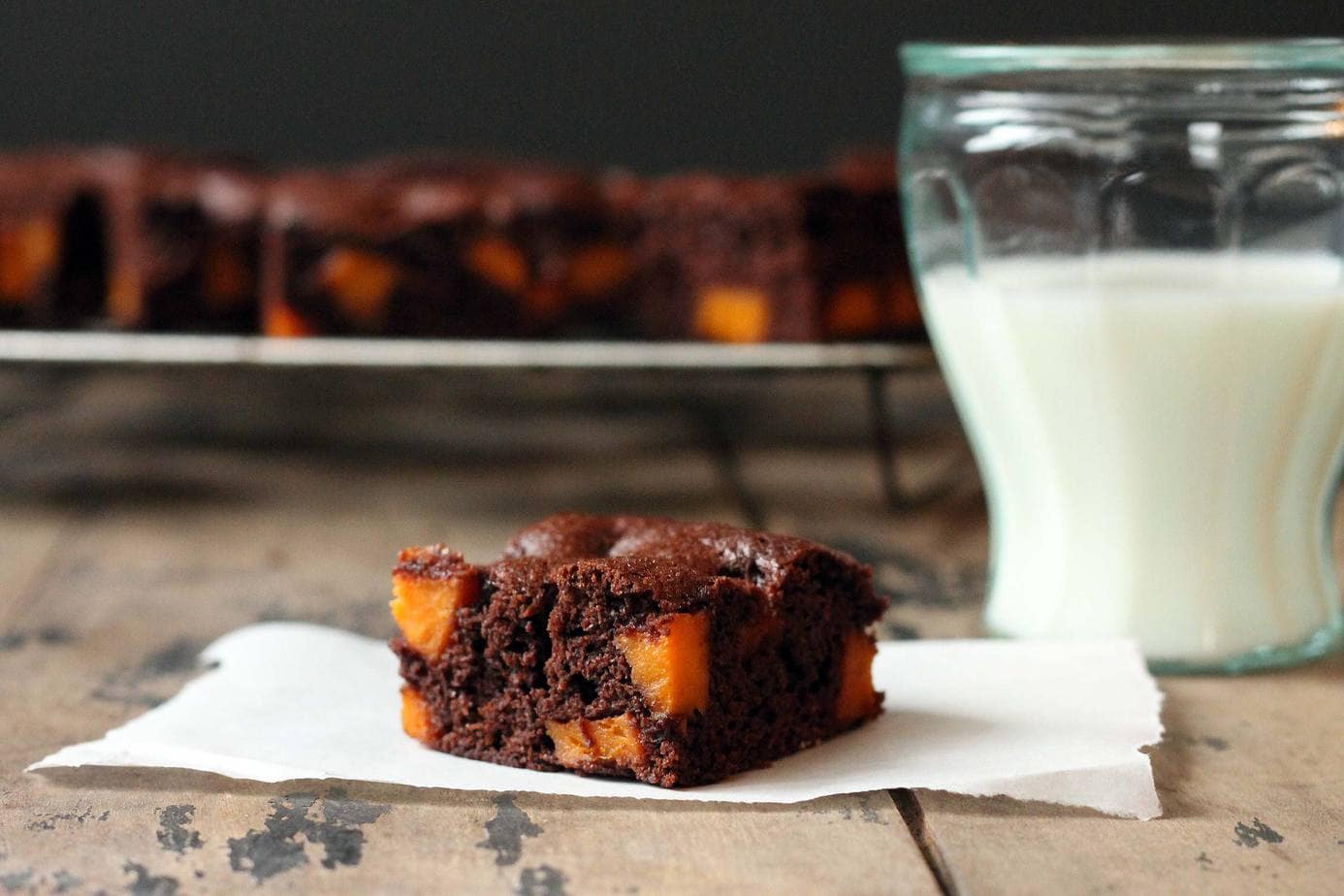 My mind is like a bullet train going nowhere and I want to get off, or at least sit down with a cup of tea and a newspaper, but nobody will give me a seat.

Maybe it's leaving my job to go part-time.

Perhaps it's that we've just moved into a beautiful Victorian house that needs a LOT of work.

Maybe it's that I need to calm down and write more to-do lists out, perhaps go and find an early-blossoming rose and smell it. 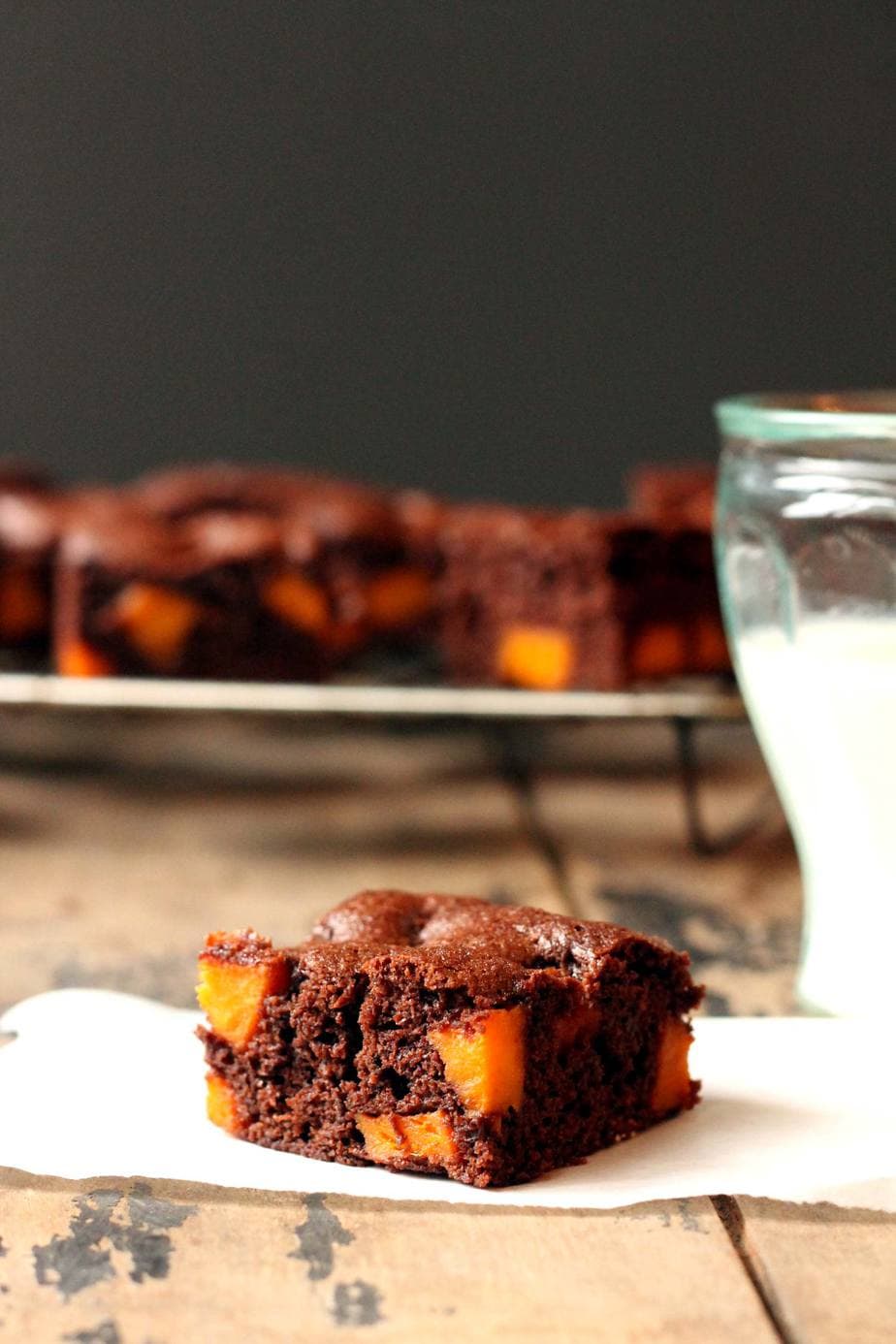 Whatever it is, I just don't feel like I can fully relax.

I'm sure many of you feel the same. I take comfort in that.

Often I bake to relax, but our new house has The World's Worst Kitchen® (officially recognised), so until the new one is built it isn't the most relaxing of pastimes. I need another outlet. I need life without a four-page to-do list. Maybe a massage.

I baked these cakey, chocolatey brownies with the kids. In a rubbish kitchen. Not relaxing. The flour flew, the kids fought over who got to stir first and the cleanup was rather excruciating. But the brownies turned out great, the kids were entertained and I was able to feed them brownies long enough to take a few pictures before the sun went down.

Have more sweet potato to use up? Try one of these veggie recipes! 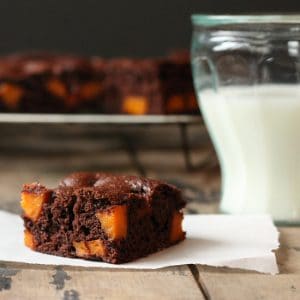 For the sweet potatoes

For the maple-roasted sweet potatoes

For the coconut oil brownies