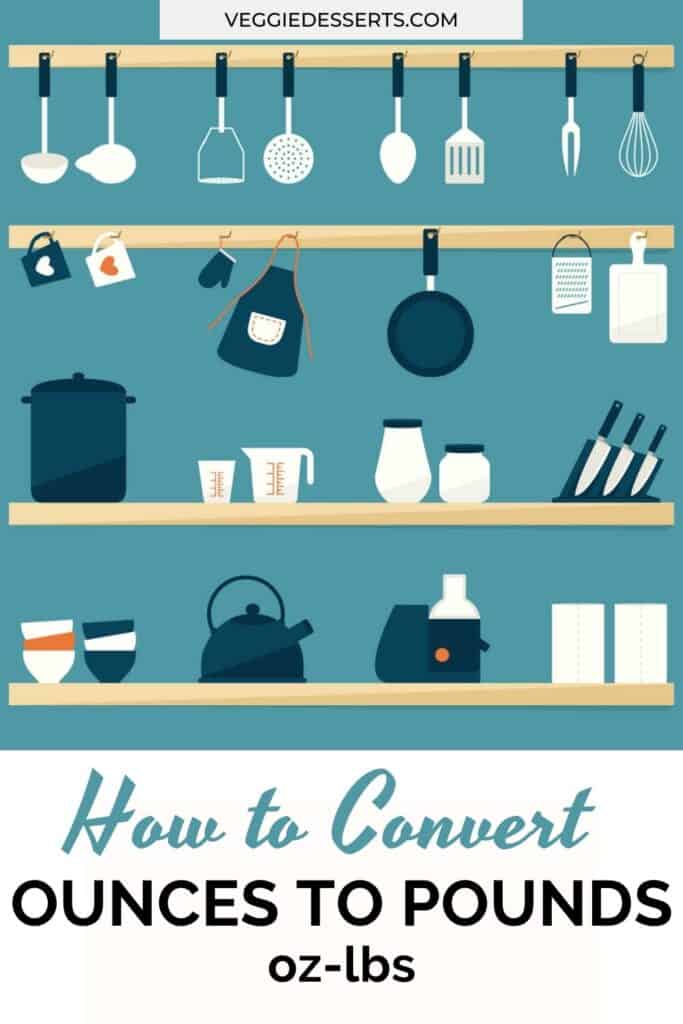 If you're someone who likes to cook, then you know that having a reliable source for measurements is crucial.

That's why we've written this post to provide you with all the information you need to know about how many ounces are in a pound.

No matter what you're cooking up, we'll make sure you have the right measurements so your recipe works!

If you cook, then you know that having a good grasp of measurement is key. After all, even the most delicious recipes can be ruined if the ingredients are not properly measured.

That's why it's important to know how many ounces are in a pound. Hint: it's 16!

Knowing this information can help you be a better cook, and it can also come in handy in other situations.

For example, if you're ever at the store and need to buy a specific amount of an ingredient, you'll be able to quickly figure out how many pounds you need based on the number of ounces.

So whether you're an experienced cook or just getting started in the kitchen, knowing how many ounces are in a pound is crucial.

How many ounces in a pound

Pounds are a unit of measurement that is used in many different countries around the world.

A pound is equal to 16 ounces. This means that there are 16 ounces in one pound.

What is an ounce?

An ounce is a unit of weight (dry ounce) or a unit of volume (fluid ounce).

A fluid ounce (fluid oz.) is a unit of measurement for both liquid and dry ingredients and is commonly used in cooking, baking, nutrition and pharmacies.

There are very slight differences in the conversions for Imperial or US Customary measurements.

Ounces can be abbreviated to oz.

In recipes, you might also see fluid ounces abbreviated to fl oz.

A fluid ounce is a unit of liquid volume equal to ⅛th of a pint or 1/32nd of a quart.

What is a pound?

A pound is a unit of weight measurement in the Imperial system.

It is most commonly used in the United States but is also used in other countries around the world, such as the UK and Canada.

Measuring weight by the pound is commonly used in cooking and recipes to measure various ingredients, such as meat, vegetables, flour, sugar, butter, etc...

What is the difference between the imperial and metric systems?

The imperial and metric systems are both systems of measurement.

The main difference between the two is that the imperial system uses pounds and ounces, while the metric system uses grams and kilograms.

For example, a pound of flour in the imperial system would be equal to 454 grams in the metric system.

Similarly, a gallon of gasoline is equal to 3.785 liters in the metric system.

When it comes to cooking, these differences can be very important. That's why it's important to know which measurement system your recipe is using before you begin cooking

How do you convert between ounces and pounds?

To convert ounces to pounds, divide the ounces by 16. The result will be the total in pounds.

To convert pounds to ounces, multiply the pounds by 16. The result will be the total in ounces.

How many ounces in a quarter pound

How many ounces are in a quarter pound? 4oz.

Here is a handy conversion chart, from ounces to pounds (oz to lbs) to help you if you're wondering how many ounces are in a pound.