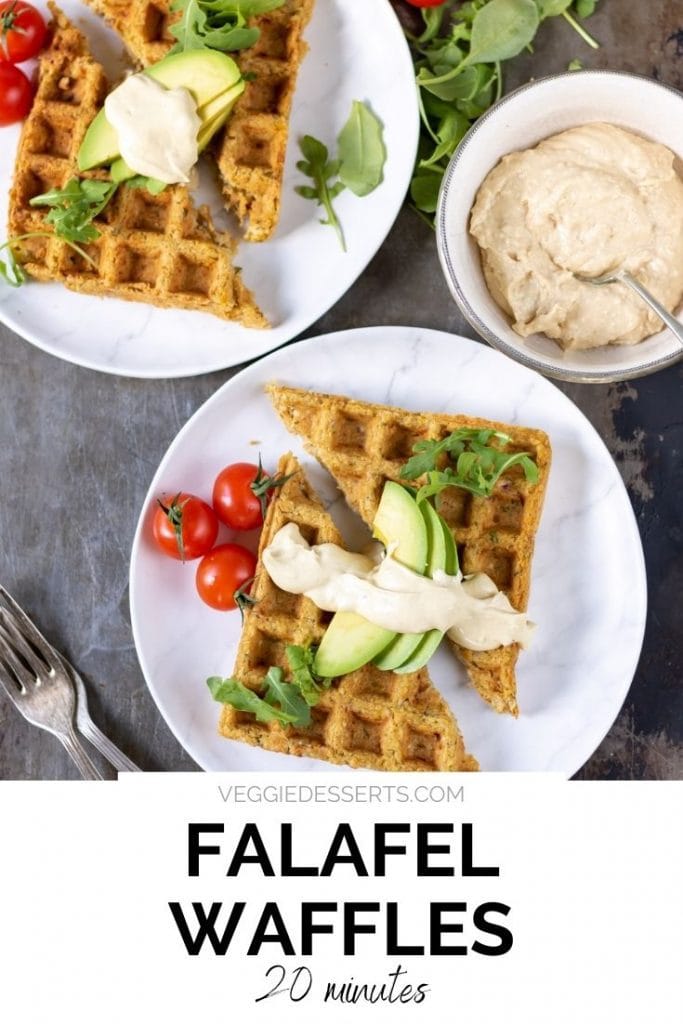 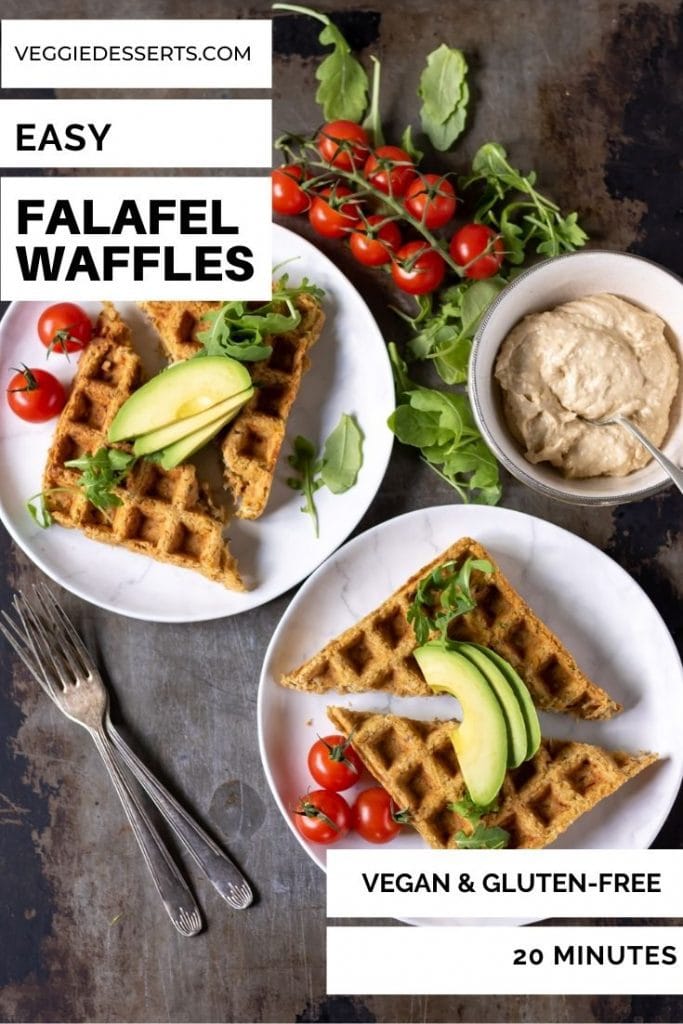 Falafel waffles! All that crispiness, without deep frying. Waffling your falafel mixture creates a tasty Middle Eastern dish that turns falafels into the star of the meal. Make the vegan and gluten-free recipe in just 20 minutes.

Go on, say it aloud.

But not only is it fun to say, but it’s also practical.

Waffling the traditional falafel mix means they get lovely and crispy, without the need to deep fry or use a lot of oil.

They have loads of flavour and are delicious with a big spoonful of hummus and a drizzle of tahini.

Plus, they're ready in just 20 minutes with simple pantry ingredients! Win-win.

Why you'll love this recipe

Cooking falafels in a waffle maker makes them lovely and crispy, but without all the oil of traditional deep frying.

This is a fun and easy way to serve the chickpea- and herb-rich protein-packed meal.

Add any toppings you love, such as slices of avocado, spoonfuls of hummus and salad leaves.

They only take 20 minutes to make.

You probably already have all the ingredients in your pantry.

These falafel waffles are really easy to prepare. Whiz, waffle and serve.

I love them from food trucks, street markets, veggie takeaways and even store-bought.

They're one of those meals that even the kids will happily tuck into.

But they can be a bit of a pain to make. Not the mixture, that's simply whizzing up chickpeas and spices, but cooking them.

You can bake them, but to get that lovely, crispy shell, often you need to fry them in oil.

But not anymore, people. You can waffle them!

All that crispiness, without the oil.

A soft, flavoursome, spiced falafel that's nice and big and you don't even need a carby pita to tuck them into.

This recipe is an easy weeknight meal that everyone is sure to love.

There are lots of tasty side dishes and toppings for falafel waffles. Try some of these tasty ways to serve them.

Topped with hummous (or beet hummus!).

With a salad (try my green salad or broccoli salad).

This is a super easy recipe. Simply whiz up the falafel ingredients in a food processor. Then, heat up your waffle maker and waffle your falafel!

First, whiz the oats in the food processor until finer.

Add all the remaining ingredients to the food processor.

Whiz until it forms a thick paste.

NOTE: Don't over mix it though - it's best to leave it a bit chunky so the falafel waffles have a nice texture.

Then, add a big scoop to a heated waffle maker and cook until golden!

Serve immediately, with the toppings of your choice.

What do you think of my new kitchen (and shiny new waffle iron)? This is a tiny glimpse of the work that has been stressing me out for four months.

I've been cooking in a makeshift kitchen since we moved into the new house at the beginning of the year, but now I have this lovely, calm space to create recipes in, hurrah!

Actually that wall colour is rather similar to the colour of a kale and apple cake come to think of it.

I promise that I didn't do that on purpose.

And that's my fancy pants waffle iron. I love using it for all sorts of things, not just waffles. Like... falafel waffles!

What can I waffle?

I've never had a waffle maker before.

I've coveted one, but I've never actually gone for it. I have seriously been missing out.

Not just a weekend breakfast toy, you can waffle so many things.

From potato rostis to spinach and cheese dinner waffles, there are so many ways to get a lot of use out of one.

My kids think waffles are lego pancakes. I hope they always think of them like that.

You can also make these fun waffled recipes: 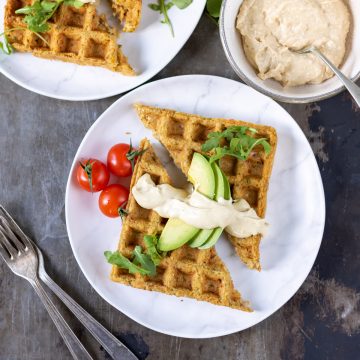