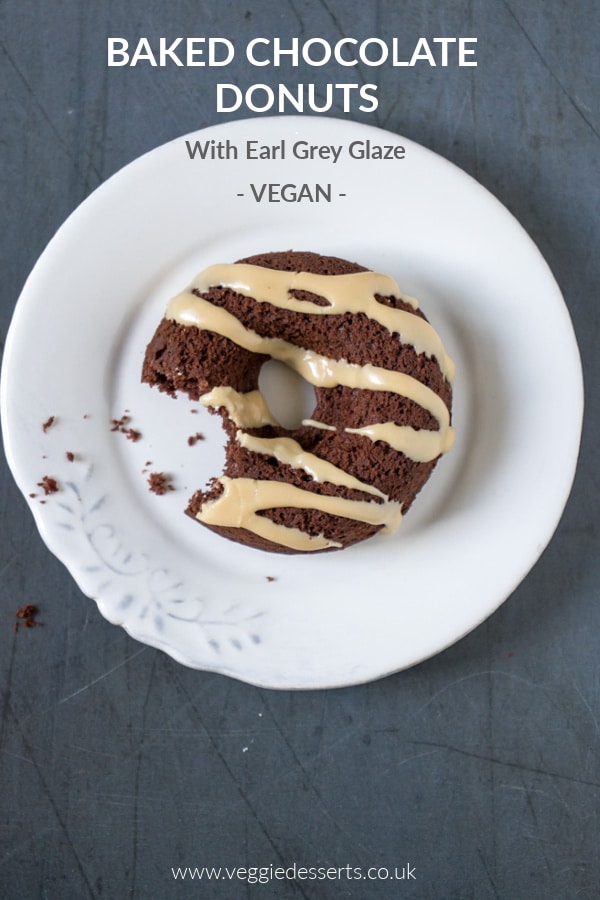 You only need 30 minutes for these easy, fluffy, homemade baked chocolate vegan doughnuts. The cake donuts are soft and delicious, plus they have an extra-special Earl Grey drizzle. No yeast or frying. 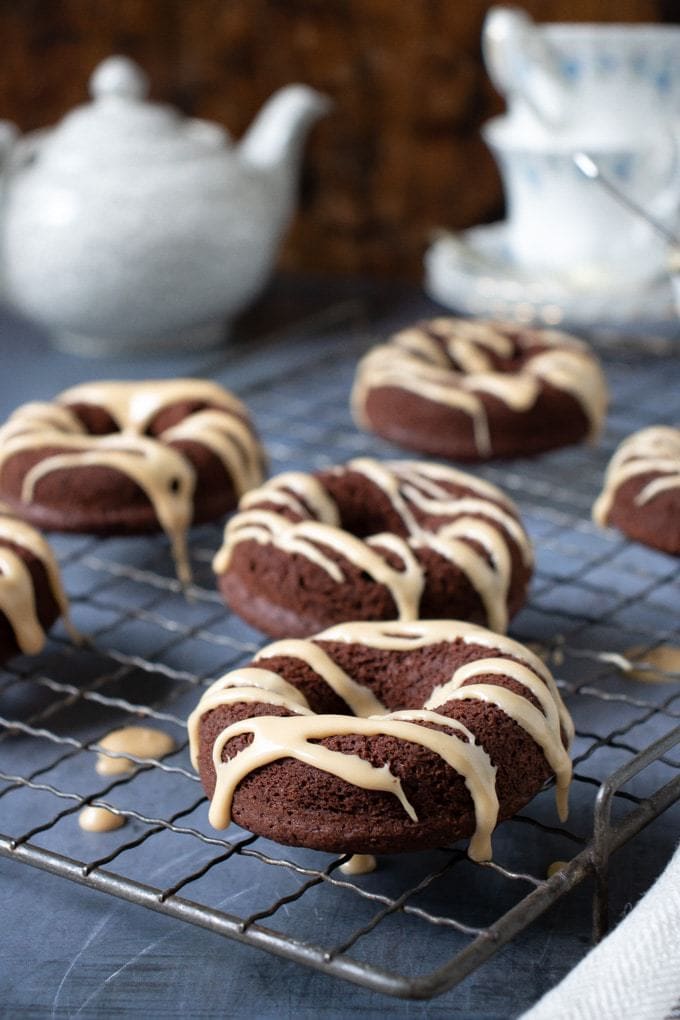 Traditionally, doughnuts are deep fried, but that's a messy business and very unhealthy. Do people even have deep fryers in their kitchens anymore? I'm sure in the 80s it was a 'thing' to deep fry at home, but these days healthier methods are the norm.

These, on the other hand, are baked cake donuts. They only take 30 minutes to make and are yeast-free - so much easier!

The egg-free and dairy-free vegan doughnuts have a springy texture and rich chocolate flavour. They're then topped with a simple Earl Grey tea infused glaze for an extra burst of flavour.

It's funny, but whenever I think of doughnuts it reminds me of my late Granny, who called them gravy rings. That's the Northern Irish term for ring doughnuts, apparently named so because gravy is a term for hot oil. It always makes me chuckle to picture her sat in her chair, giggling. 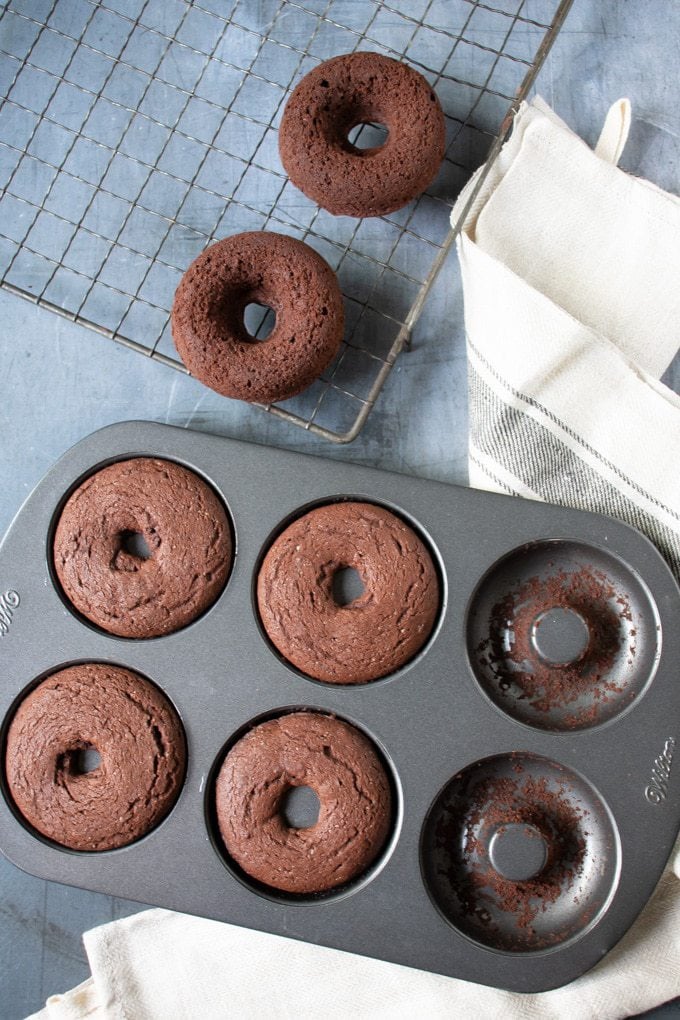 You'll need a doughnut pan to make these tasty treats, but they're inexpensive. I bought mine from Amazon for under a tenner. I've used it to make lemon spinach doughnuts, pumpkin doughnuts and even watercress and grapefruit doughnuts!

Have you been watching the latest series of Great British Bake Off? I love the drama, the laughter, the flying flour and challenge panic. It's amazing to see all the bakers work their magic. It's great that they're going to have a vegan week this year.

If I was on it (no way!) I'd perhaps whip up these doughnuts in the tent - though I'd probably have to turn them into a showstopping croquembouche with sugar swirls and sugarpaste teapots... 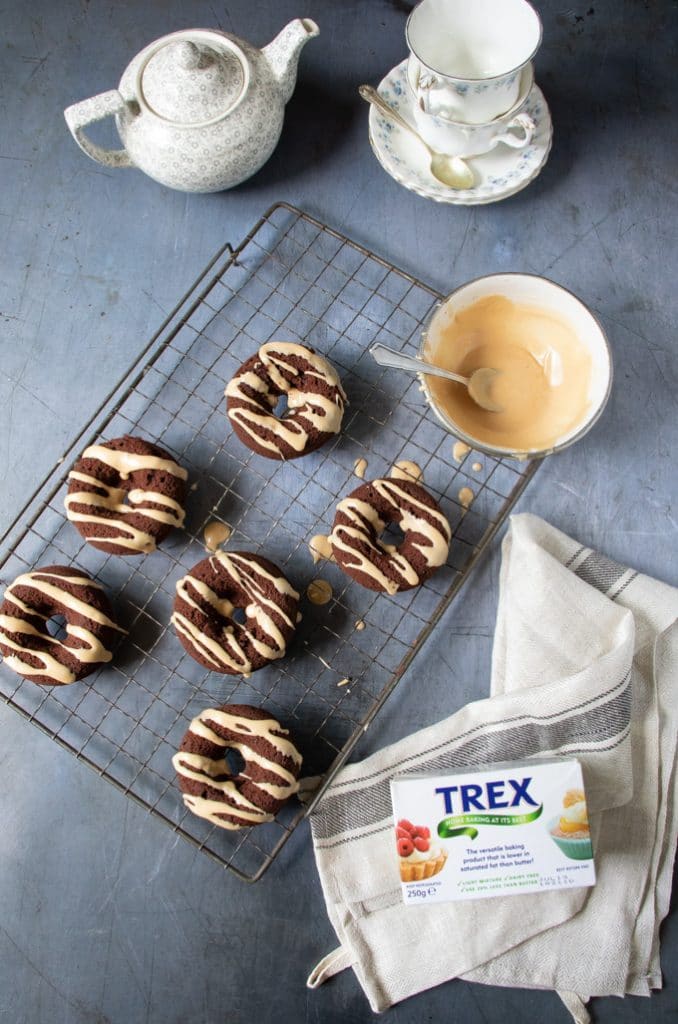 These doughnuts have a rich chocolate flavour and fluffy springy texture. They're light but not overly delicate. My secret ingredient is Trex solid vegetable oil baking product rather than butter. But more on that later...

To make them really special, I've added a simple Earl Grey glaze. You just need to steep the tea in a little dairy-free milk, then stir in some powdered icing sugar. The result is a flavourful glaze with those unmistakable bergamot and citrus notes. It works beautifully with the chocolate.

Within 30 minutes, you can be sitting down with a cup of tea (Earl Grey of course!) and enjoying these easy vegan baked donuts. Forget tea and biscuits - this year I'm all about tea and donuts. 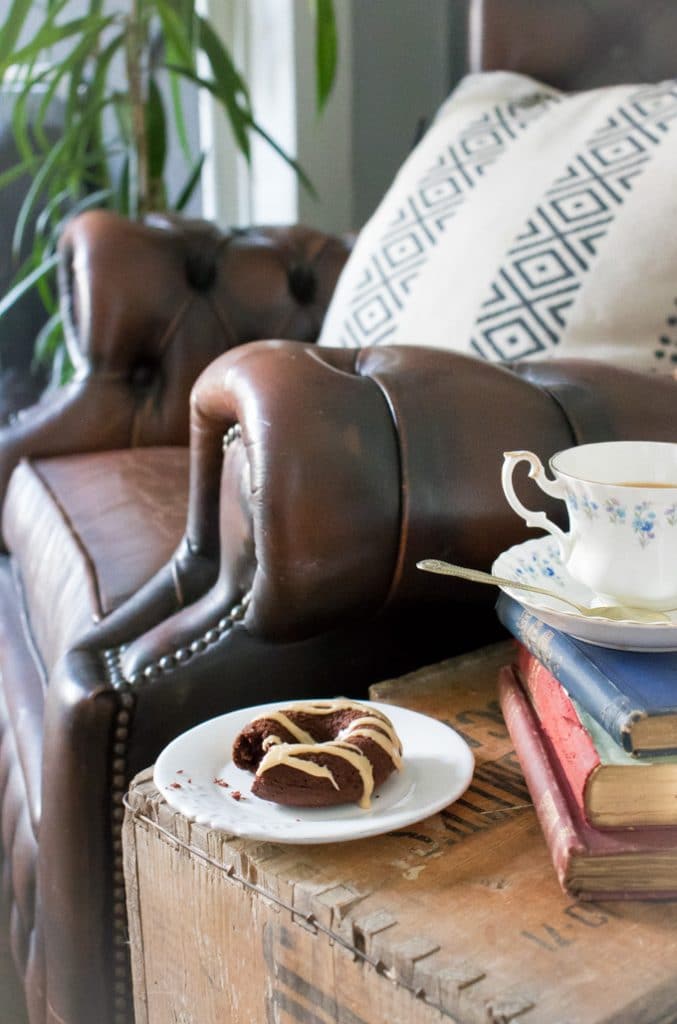 How to make baked vegan doughnuts 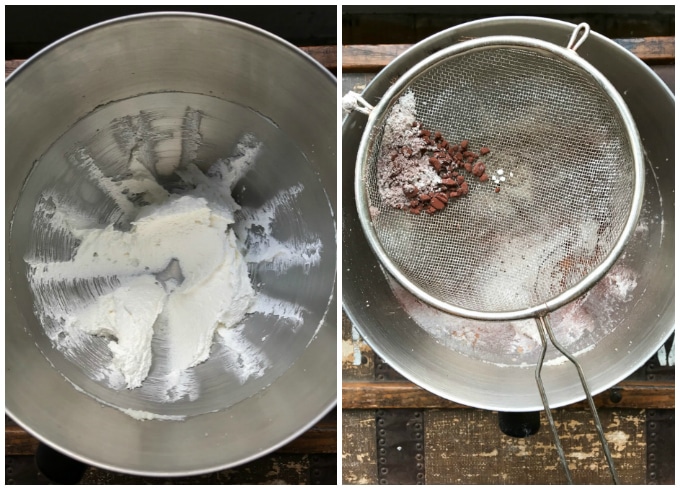 Step 1: Beat the fat and sugar together until light and fluffy
Step 2: Sift in the dry ingredients, along with the milk that has been soured with the lemon juice or vinegar 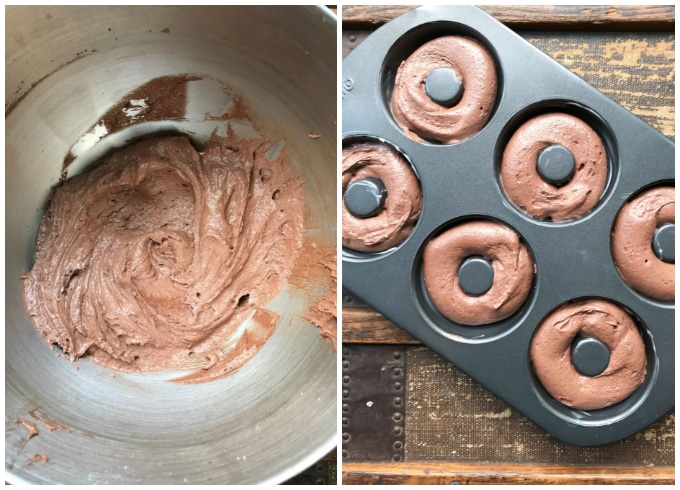 Step 4: Mix all ingredients together
Step 5: Spoon into a piping bag and pipe into the doughnut pan (or spoon it into the pan), then bake

For the dairy free butter alternative in this recipe, I've used Trex. It's a super-versatile vegan solid vegetable oil that's perfect for baking. I love how light and fluffy it makes bakes! Plus it's really easy to use and is lower in saturated fat than butter and whips up lightly really quickly - even straight from the fridge.

It's great that it has no hydrogenated vegetable oil, e-numbers, colours or preservatives.  I like that it's pure white, so it's great for making white coloured frostings for cakes. Other dairy free butters tend to make frosting a bit yellow coloured, but not Trex.

Get the recipe for Vegan Chocolate Doughnuts with Earl Grey Glaze 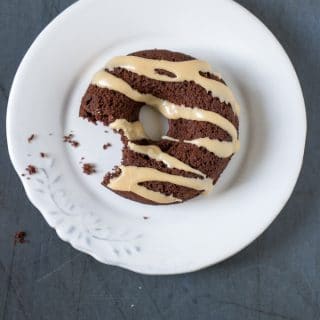 For the Earl Grey Drizzle

For the Earl Grey icing

Best enjoyed on the same day or stored covered at room temperature for up to 3 days.

Thanks for checking out my recipe! I love hearing from my readers. You all allow me to do what I love and write this UK food blog, sharing vegetarian and vegan recipes, vegetable cake recipes and also easy vegan desserts.
Kate x

Disclosure: This recipe for vegan donuts was commissioned by Trex. All opinions are my own.