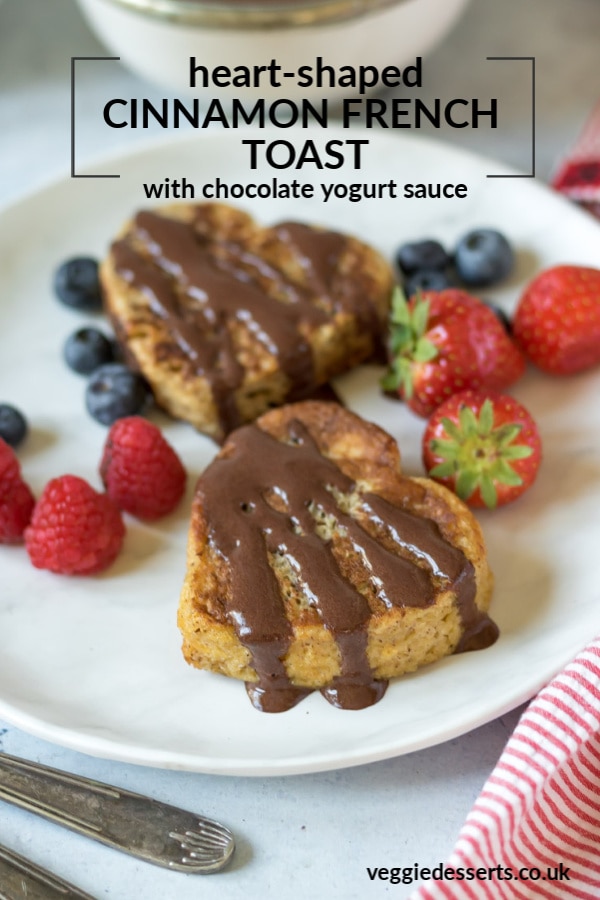 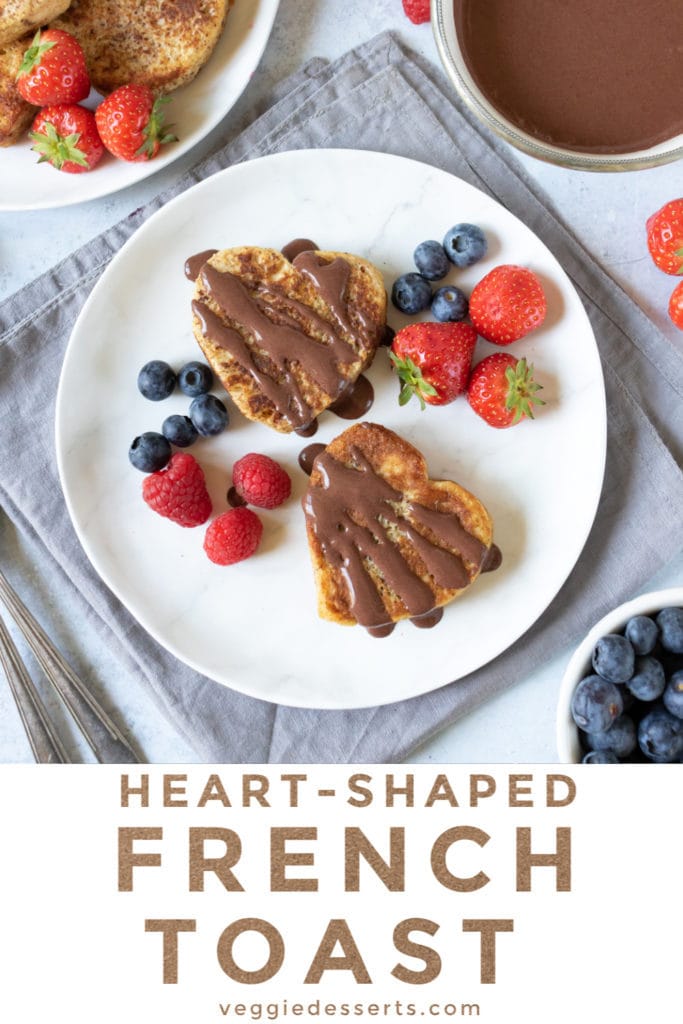 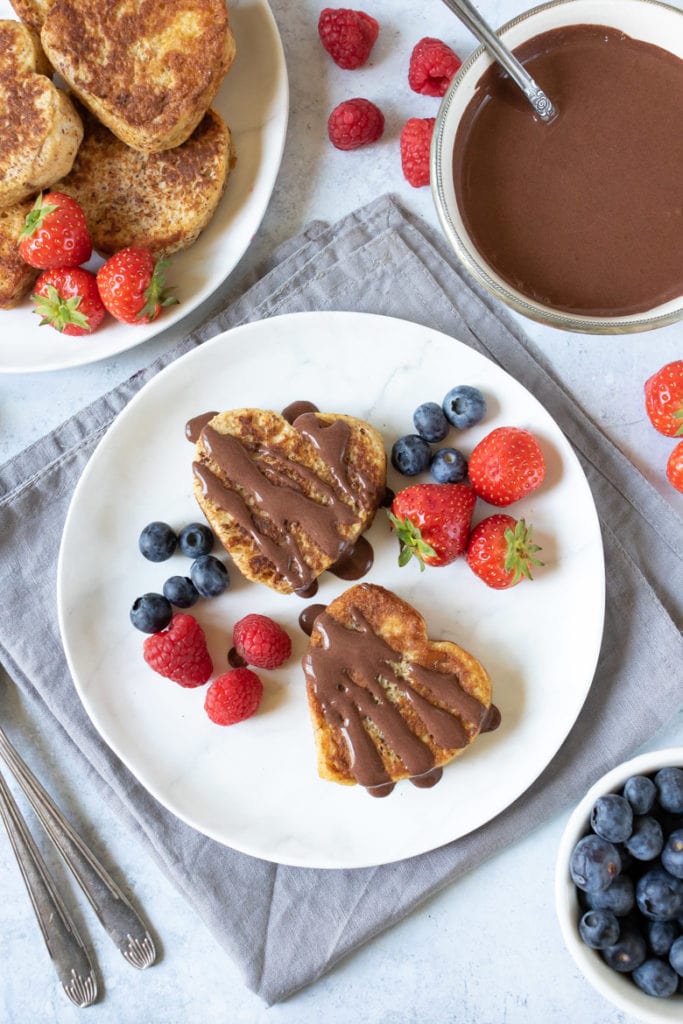 Read on and I'll show you how to make the BEST French toast. You know, soft and fluffy inside with a lovely crispy outside. Full of flavor from vanilla and cinnamon. Breakfast bliss.

You can, of course, make it with typical slices of bread, but a heart-shaped cookie cutter makes cinnamon French toast extra fun for Valentine’s day.

I’ve added a simple chocolate yoghurt dip so everyone can dunk their French toast hearts in it for extra decadence.

I hate waste, so we dip the bread scraps leftover from cutting out hearts into the egg mixture and fry them up into a pile of extra French toast.

But of course, you can just cook the full bread slices or cut them into sticks.

What bread is best for French Toast?

You can use any sliced bread, from brown to gluten-free. But for a truly decadent breakfast, I usually go for fluffy white bread. It's usually something I avoid, but for French toast, to me, it's the best.

Try Texas toast, basic Wonder bread, thick slices of French bread or just try it with whatever sliced bread you have!

You could even use a fluffy challah or brioche! 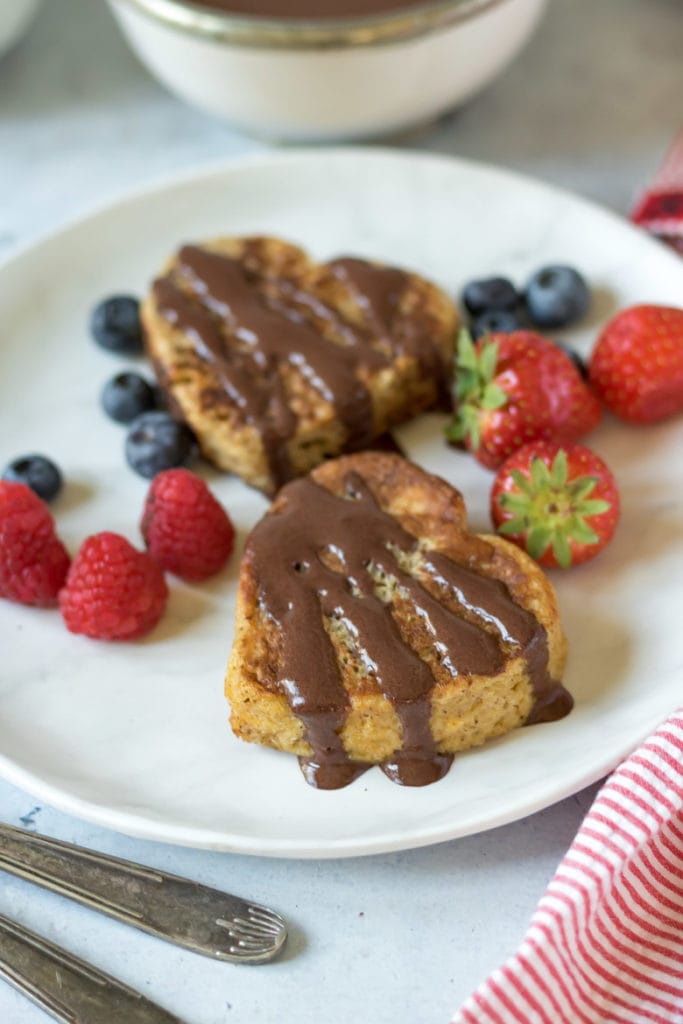 Where did French toast originate?

So, firstly, French toast isn't french. As with many traditional recipes, it's origins aren't clear. What we do know, is that during the Roman Empire they used to fry bread in milk and sometimes egg. And in Medieval England they had the dish and called it suppe dorate.

That takes the dish back to the 5th Century. Which is long before the French were eating 'Pain Perdue' (lost bread). They called it that because they ate it as a way to use up stale bread.

The eggy bread really got around. It was popular in Henry VII's court and is found as street food in India called Bombay Toast. It's spiced with cardamom in Norway (Arme Riddere) and it's considered a Christmas dessert in Brazil (rabanadas).

In Spain, they add wine and honey to their French toast and enjoy it over Lent. Wine? I've got to try that one!

In Hong Kong, they make a peanut butter and jelly sandwich, then soak it in egg and deep fry it. That sounds so wrong, but yet so right. Like something Elvis would have loved. They call it Western Toast.

French toast is, literally, fried eggy bread. Perhaps it's the countries' rivalries, but usually in the United Kingdom they refer to it as 'eggy bread'. That's a bit like calling your dog, Dog. Nothing fancy, but you get the gist of what it is.

How to make French toast

This is really simple. Just mix eggs, milk, vanilla and cinnamon (mix it well!). Dip in slices of bread and fry them until golden. 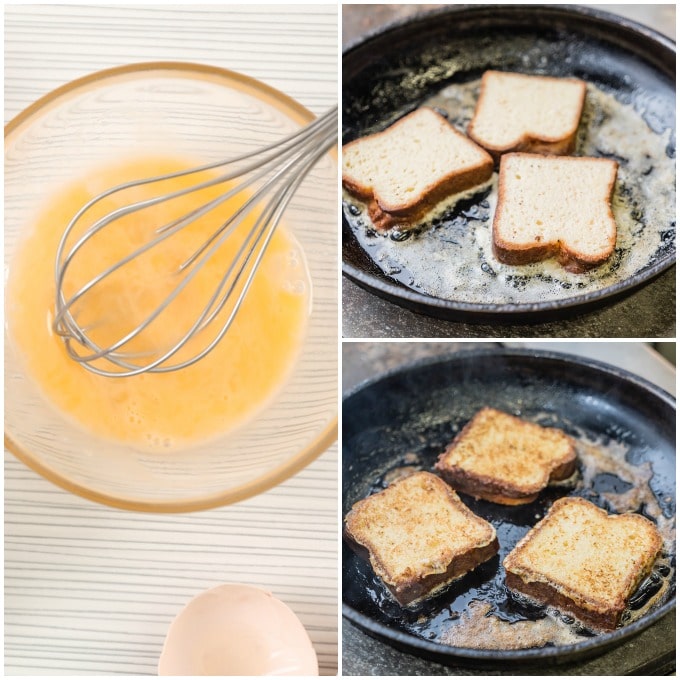 1. Beat the eggs, add milk, cinnamon and vanilla and beat again to completely combine.
2. Soak the bread on both sides.
3. Heat a frying pan with butter or oil. Fry one side until golden.
4. Flip and fry the other side until golden.

If desired, but into heart shapes with a cookie cutter before frying. Then fry the scraps as they're just as tasty!

How to cook French toast

Okay, so you're wondering how this hasn't been covered above in my tutorial for making French toast? Well, there are a few ways that you can cook them!

I usually use a skillet, but you can also make them: 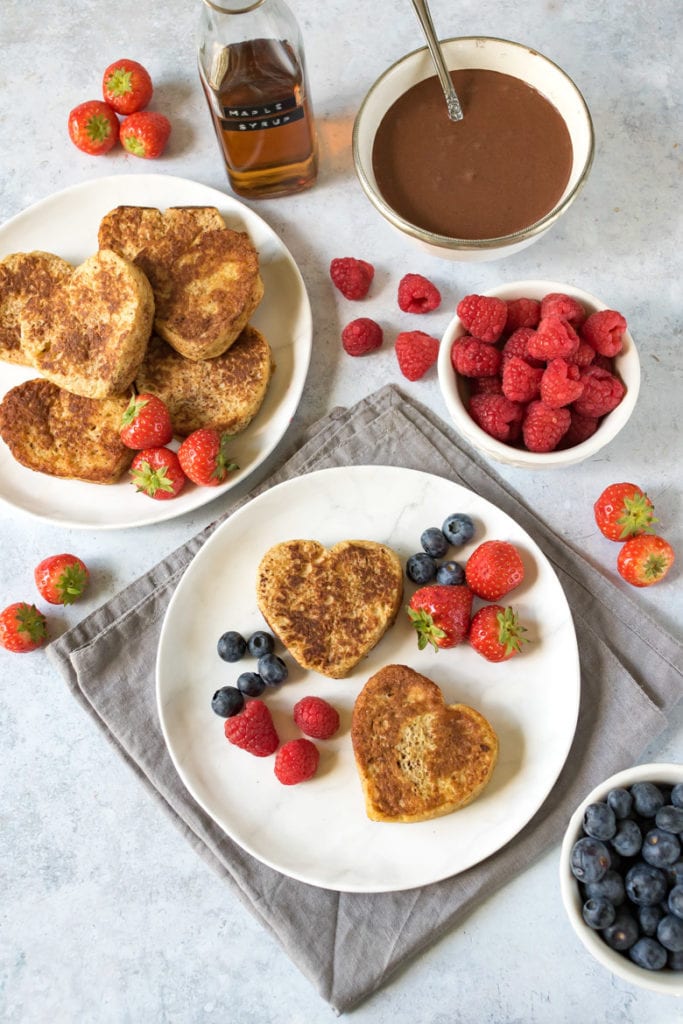 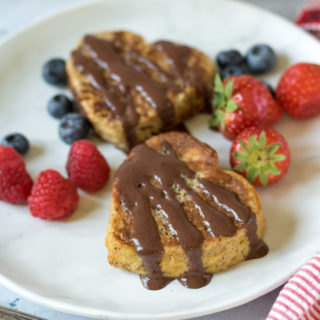 For the chocolate dip

For the chocolate yogurt dip: