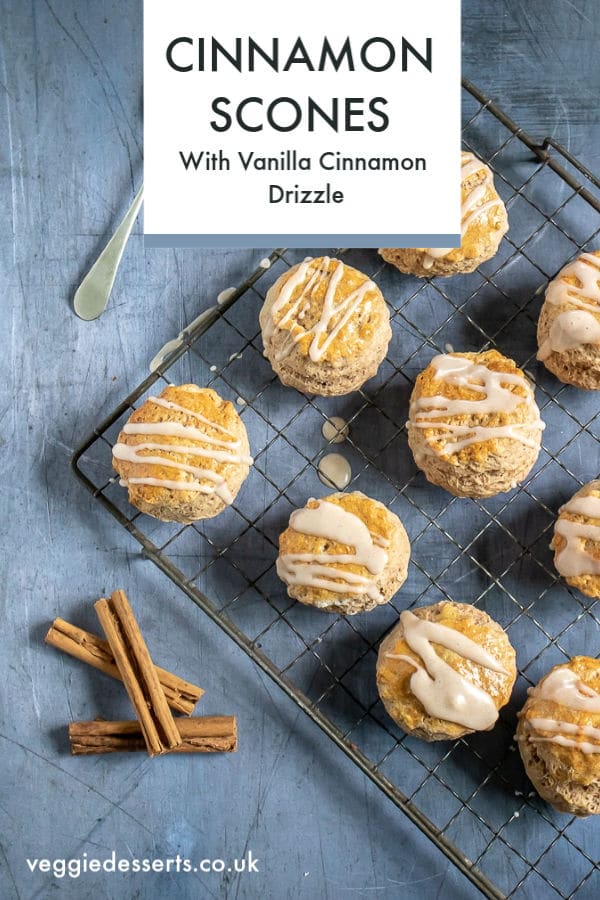 Cinnamon scones are a fragrant and delicately spiced version of scones that taste delicious. The vanilla cinnamon drizzle is quick and easy, but really makes this scone recipe extra special. Perfect for afternoon tea, a snack or dessert. 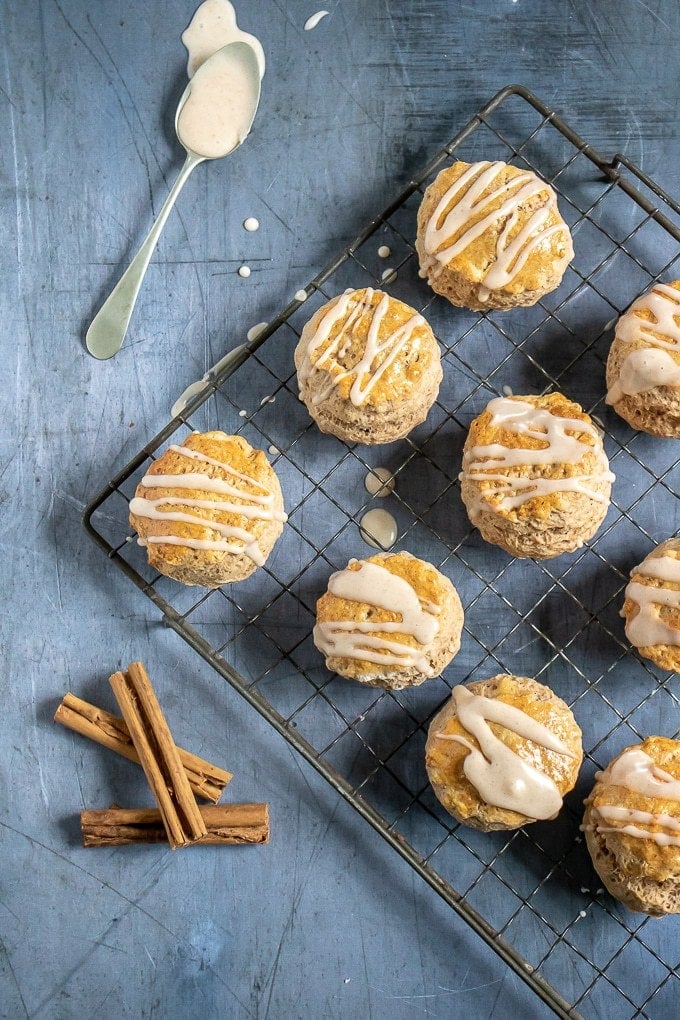 Cinnamon scones are a tasty delicately spiced version of the traditional British dessert. The vanilla cinnamon drizzle is quick and easy to mix together, but really makes this scone recipe extra special.

Enjoy these cinnamon scones as a snack, dessert or for afternoon tea. They're great with strawberry, apricot or any jam! 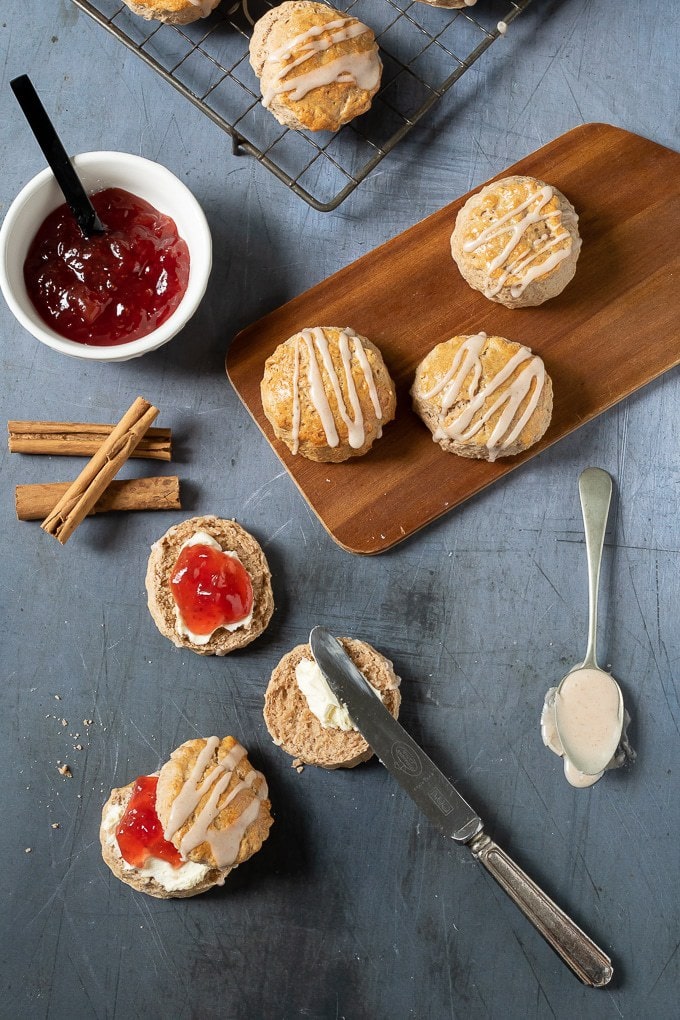 Yesterday my six year old daughter and I were making pancakes together. As she measured the flour into the bowl, her little hands quickly reached in and began running the flour between her fingers like sand on a beach.

My first instinct was to tell her to take her hands out, but instead I watched her enjoying herself and then I joined in and did it myself. Our hands were clean and I just didn’t see any real reason why not do it, besides that we’re not supposed to. The superfine grains fell from our hands, soft as silk and creating fine plumes in the air.

At what point do we stop sensory exploration? Or do we ever stop it? Perhaps baking is a way that we can still explore, as we taste, smell, knead, whisk…

When you make this cinnamon scone recipe, I urge you to be mindful and bake with your senses.

Enjoy that satisfying slow way the knife smoothly cuts through the cold butter and strikes the cutting board with a thud. Slowly rub the butter cubes into the flour with delicate fingertips squishing and massaging as if playing a tiny piano. Observe the scent of cinnamon as it wafts through the air and the spoon clinks against the side of the jar. Peel the apples in one slow long strip while the juice trickles down your hands into a little tangy puddle on the countertop.

I’m sure my children still notice the little things. They’re still enamoured with exploration and using their senses. It’s me who methodically gets on with the task at hand. Well no more. 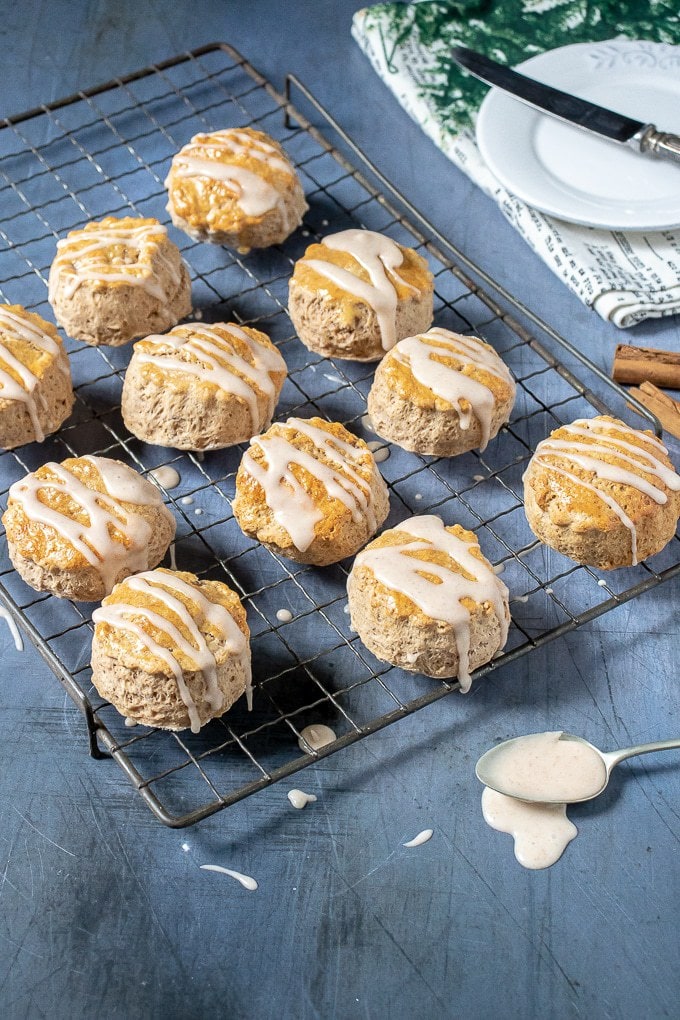 I recently saw a popular meme on social media with a picture of a grown man that read, ‘Nobody asks me what my favourite dinosaur is, it’s like they don’t even care.’ It’s sad that in growing up we often lose a bit of life’s magic.

I’m not sure where or when things change, but I want more of that childish intrigue back. I want to put my hands in the flour, get it in my hair without caring and think about my favourite dinosaur.

Sensory play is a great joy for children, but perhaps grownups can have a bit of sensory play without walking through tubs of foam or blowing bubbles. We can get our hands into the bowl and rub butter into flour. We can make crumble and we can make scones. 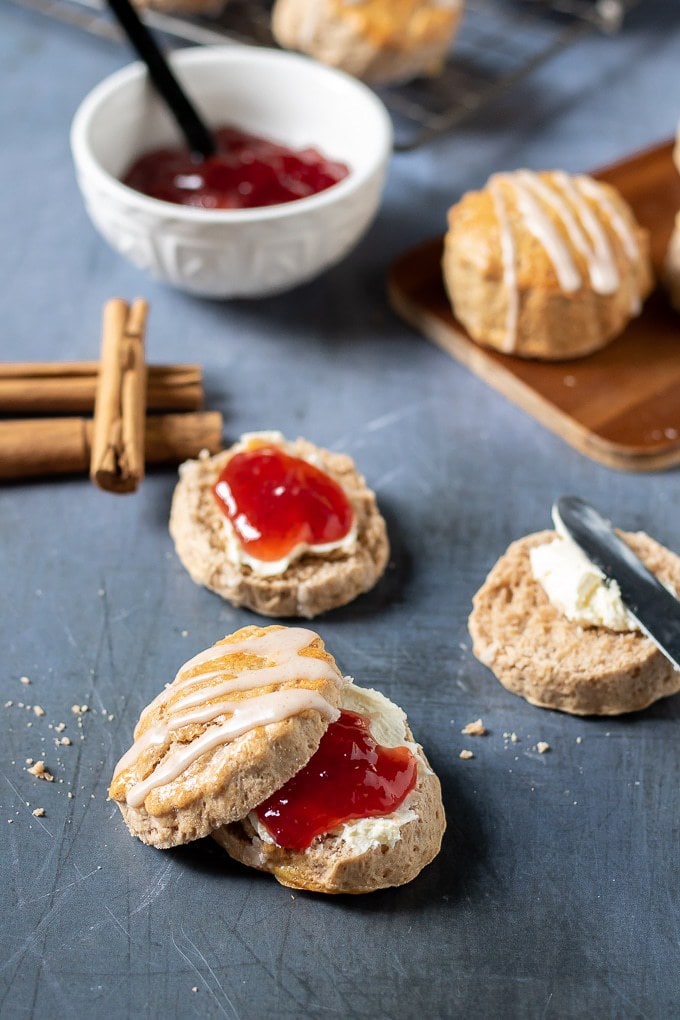 How to make Cinnamon Scones 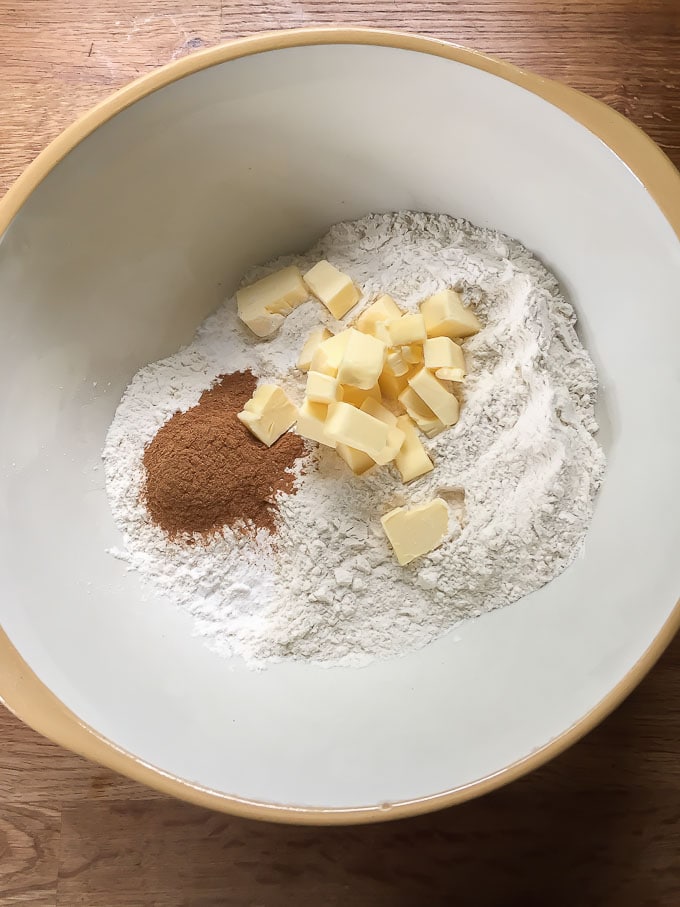 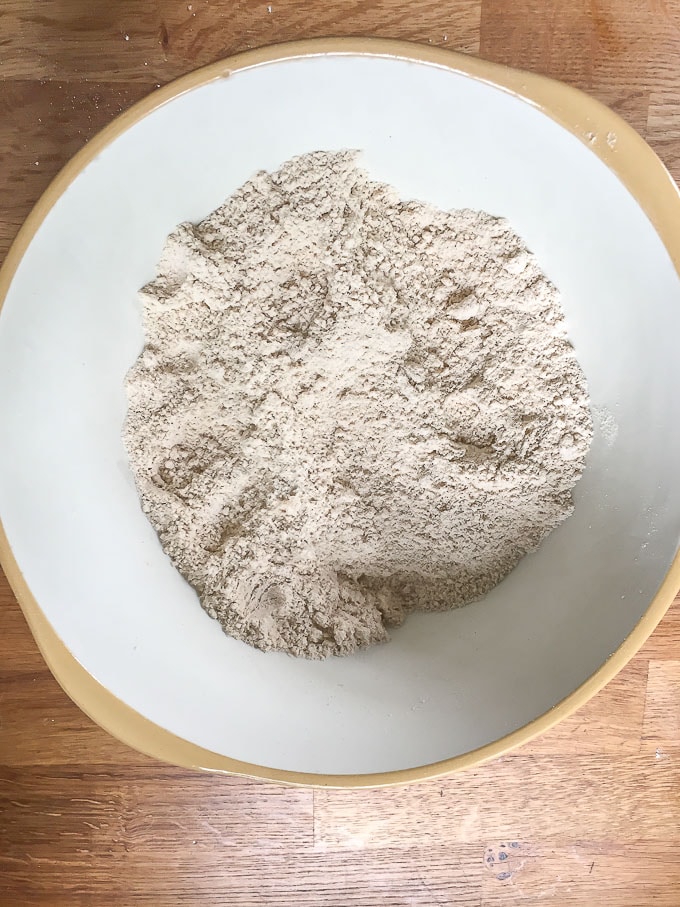 Rub in the butter with your fingertips until it forms fine crumbs. 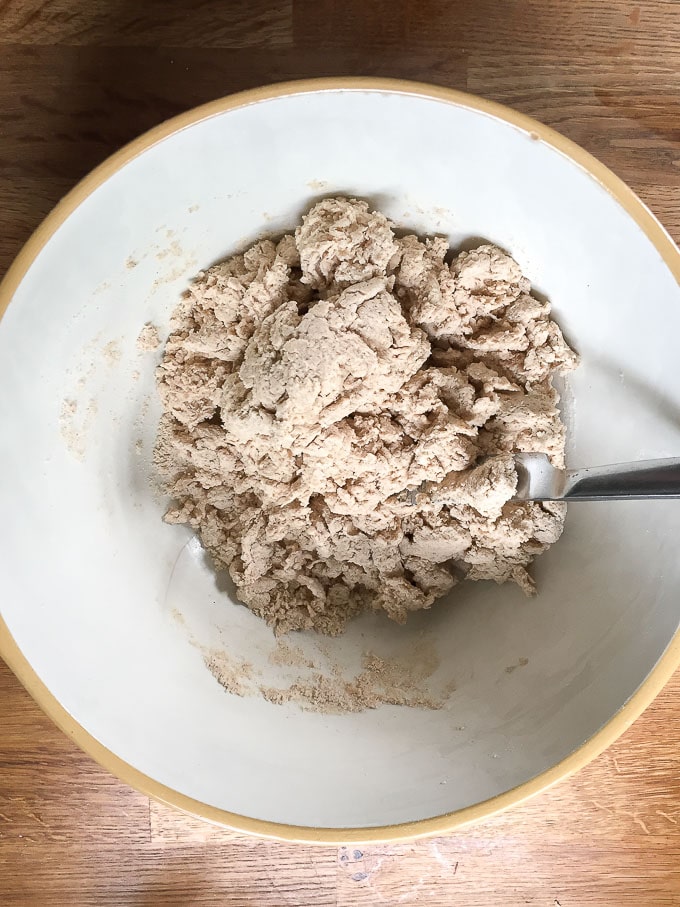 Using a knife, mix in the milk and vanilla until the dough starts to come together. 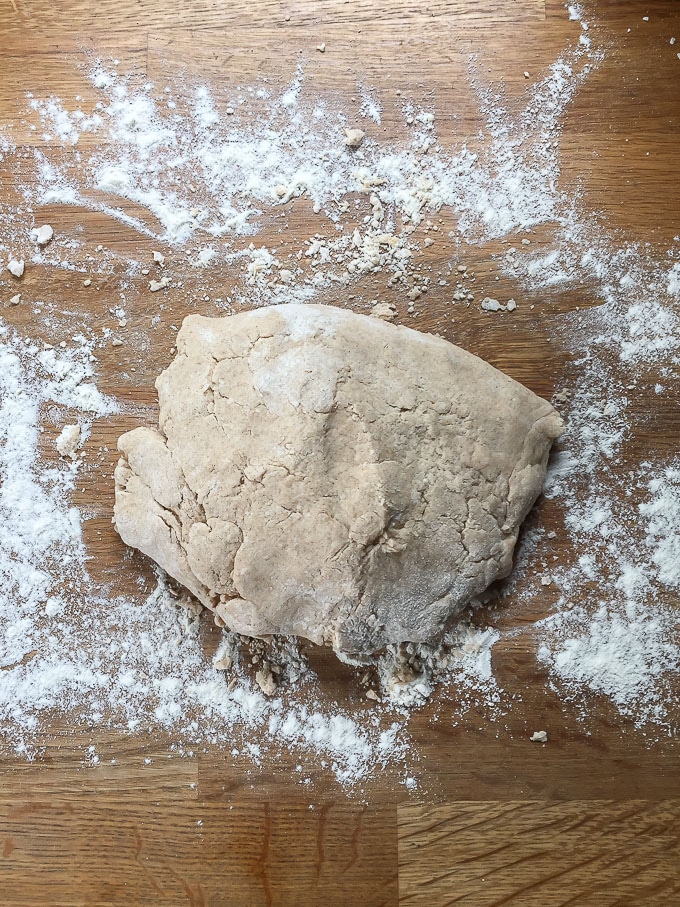 Tip the mixture onto a lightly floured surface and knead a few times. Note: Don’t overwork the dough or the scones could become tough. 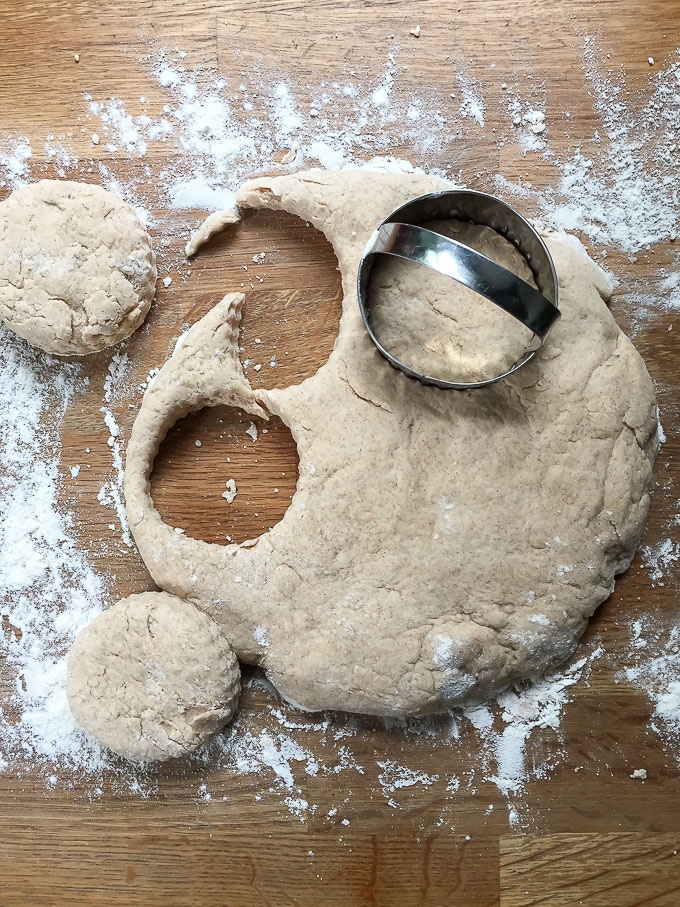 Pat the dough into a thick round, then cut circles out with a round cookie cutter. 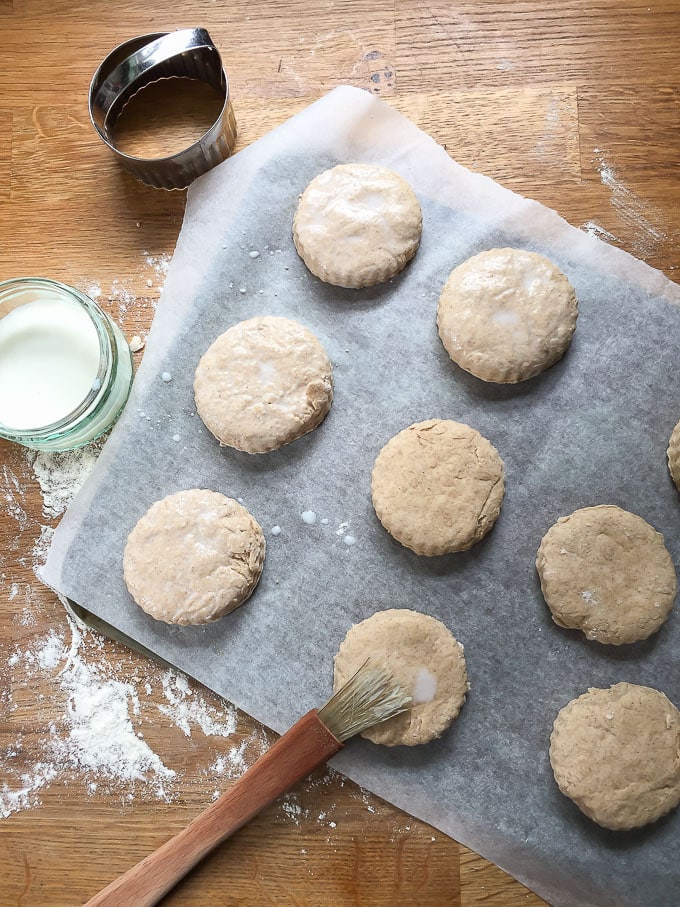 Place the rounds onto a baking sheet and brush with milk. Bake 15 minutes or until risen and golden.

Get the Cinnamon  Scones Recipe 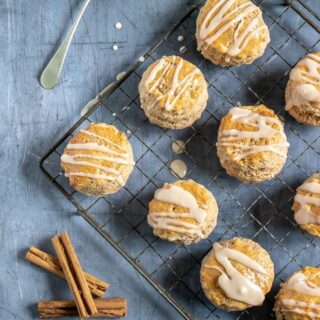 For the vanilla cinnamon drizzle

For the vanilla cinnamon drizzle:

The nutritional information provided is approximate and is created with online calculators. Info will vary based on cooking methods and brands of ingredients used.

Thanks for checking out my recipe! I love hearing from my readers. You all allow me to do what I love and write this UK food blog, sharing vegetarian and vegan recipes, vegetable cake recipes and also easy vegan desserts.
Kate x 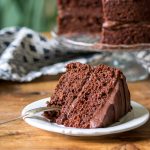