These Pumpkin Cinnamon Rolls are fragrant and quick to make! The cinnamon is mixed with pumpkin puree to add extra flavor. They're quick, easy and delicious! 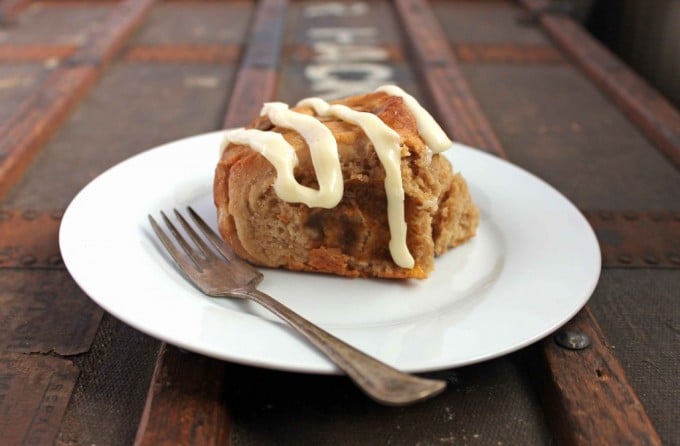 Cinnamon rolls can take many hours to prepare, but this is a yeast-free quick recipe that is very simple.

The dough is yeast-free and has yogurt to make it fluffy, but also healthier. The results are a light and delicious cinnamon roll.

Inside is the classic cinnamon, but also pumpkin puree! It makes it absolutely delicious.

Move over pumpkin pie, it's time for pumpkin cinnamon rolls!

In a flurry of energy (read: too much coffee), I cleaned out all of the cupboards the other day.

There was a horrifying amount of food.

I think we've been preparing for the apocalypse.

So, I've set the family the challenge to 'eat the pantry' down and only shop for perishables for the next month.

Lurking in the back of the baking cupboard was a can of pumpkin.

Normally I just puree fresh pumpkin and squash for my recipes, but since I need to clear some space I thought I'd make pumpkin cinnamon rolls with canned pumpkin.

Not particularly seasonal since it's August - but hey, it's raining.

Cinnamon buns are deliciously sinful, so let's pretend that adding some vegetable to the recipe makes it less so.

I hope you love this recipe. We do. 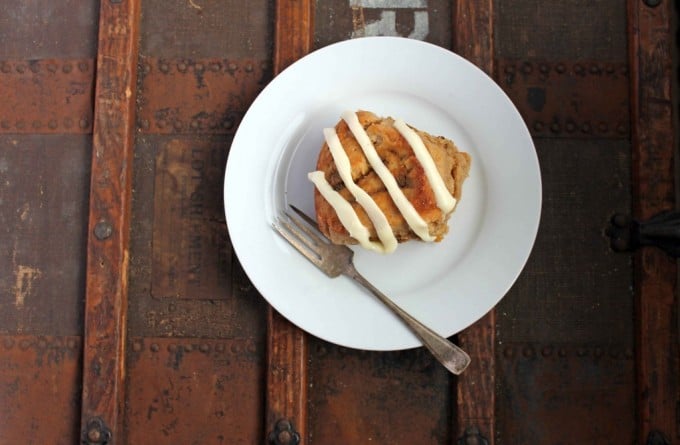 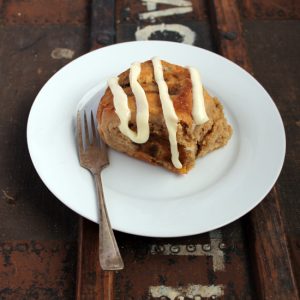 For the pumpkin cinnamon filling

For the cream cheese frosting