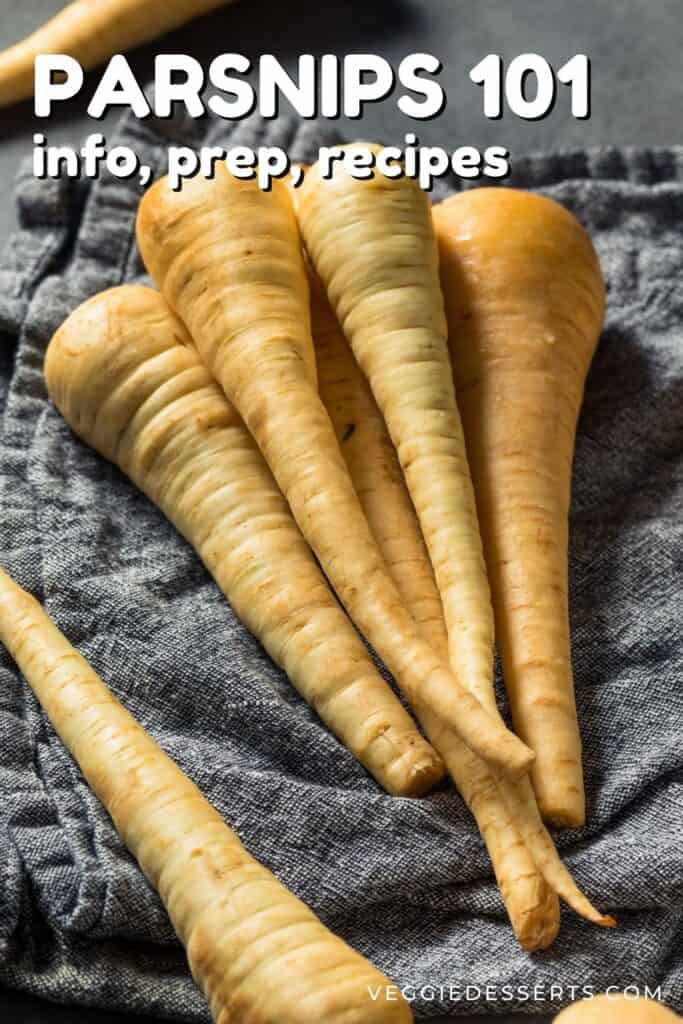 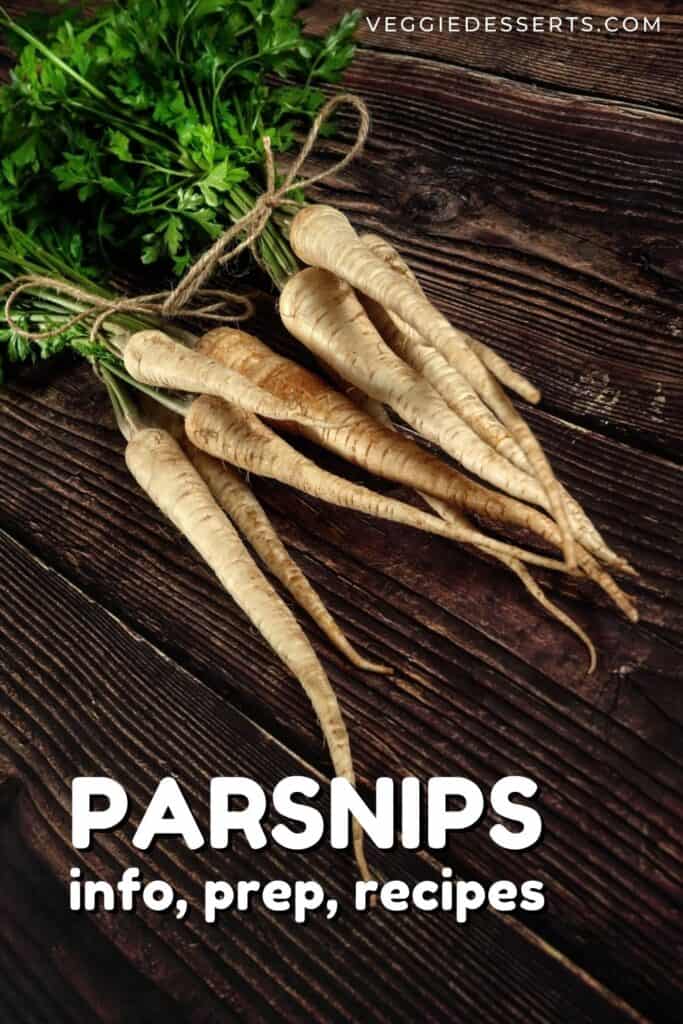 Parsnips are delicious pale root vegetables, similar to carrots and parsley! Find out more about what they are, how to prep them, and how to use them!

Roots. Parsnips (Pastinaca sativa) are long, pale roots with a delicately nutty flavor that are closely related to carrots.

They have pale skin and flesh. They harvested after the final winter frosts have a sweeter taste.

Their sweetness lends them to be used not only in savory dishes but also in sweet ones. They make a great alternative to carrots in carrot cake. Try Parsnip Loaf Cake.

Parsnips are native to Europe and Asia and used throughout northern European countries, particularly the UK and Ireland.

The flavor of parsnips is sweet, earthy and nutty.

Winter parsnips are sweeter than fall or spring parsnips, because their natural starches convert to sugar in cold temperatures.

Look for parsnips that aren't too large (or they can get a bit woody) - look for ones under 3-inches across the fat end. Ensure they aren't shriveled and are firm with an even pale beige color.

Due to their slightly ridged exterior, parsnips are usually best peeled, though you can also scrub them well to remove any dirt.

They can then be diced, chopped, or cut into sticks, depending on the recipe.

Boil: Parsnips can be boiled or steamed for approximately 10 minutes, depending on the size of the pieces.

Roast: My favorite way to cook parsnips is to roast them in a hot oven with a little oil for 40 minutes or until golden and slightly crispy. Try Parmesan Parsnips.

Store: Parsnips should be kept in the vegetable drawer of the refrigerator and should last for up to 2 weeks. To ensure they last, you can wrap them in paper towel.

Par snips can be used very similarly to carrots.

What flavors go with parsnips?

The mildly nutty flavor of parsnips pairs well with:

Parsnips are considered to be a good source of potassium, dietary fiber, and folic acid.

Parsnips are in season in fall, winter and spring: late August to March, although then can often be found in stores year-round.

These equivalents are approximate, but a good guide to help you with your recipe!

Make the most of the root vegetable in these tasty recipes!

Be sure to also check out these other handy vegetable guides