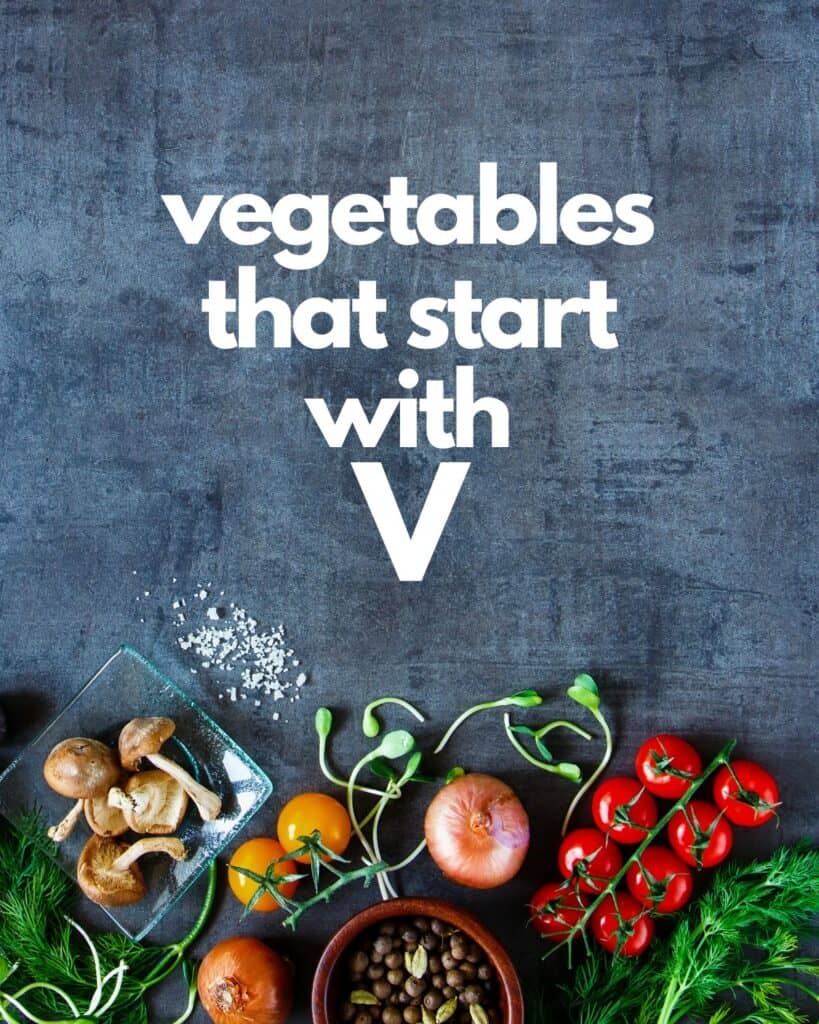 Here are the vegetables that start with V, from Velvet Bean to Vivaldi Potatoes. Here are not only the 4 veggies beginning with the letter V in this list, but we'll also give you info, classifications, recipes, pictures, and more.

You're here because you're wondering which vegetables start with the letter V! Well, here they all are listed for you.

Our selection of veggies beginning with the letter V has all the ones we know. If you know of any more, let us know in the comments!

A few notes before we launch into the list of vegetables that start with the letter V.

NOTE: This vegetables that start with the letter V list was made with culinary vegetables listed.

Here is the list of 4 veggies starting with the letter V!

Seeds and pods. Vanilla is a flavoring derived from the seeds of an orchid. The vanilla orchid is a climbing vine that can grow up to 30 feet in length. The vanilla bean is actually the fruit of the orchid, and it takes about 3-5 years for the plant to mature enough to produce fruit. Vanilla is used in a wide variety of food products, including ice cream, candy, and baked goods. Try it in Peach Muffins with Vanilla Glaze, The Best Vegan Vanilla Cake, or Vanilla Pineapple Compote.

Seeds and pods. Velvet beans are a type of legume or bean that grows in tropical regions. They are often used in soups and stews, and can also be ground into a flour or used to make tempeh. Velvet beans contain high levels of protein, making them a good choice for vegetarians and vegans. Try them in Slow Cooker Velvet Beans.

Bulbs. Vidalia Onions are named where they originated, Vidalia in the US state of Georgia. They are prized for their mild, sweet flavor and have a flat shape and pale brown skin. They’re available between April and August.

Tubers. Vivaldi potatoes are a type of potato that is grown in the United States. They are used in many different dishes, including mashed potatoes, roasted potatoes, and potato salads. Vivaldi potatoes have a light, fluffy texture that makes them ideal for these types of dishes. They are also relatively low in calories and fat, making them a healthy option for those who are watching their weight.

That's it! I hope you've found this list of 'Vegetables starting with V' useful. If any are missing, let us know in the comments and we'll add them.